One man's journey from Post Traumatic Stress Disorder through addiction, prison and homelessness to a dignified life and a successful career.

Based on a True Story

by Eugene Hairston & With Susan Adger 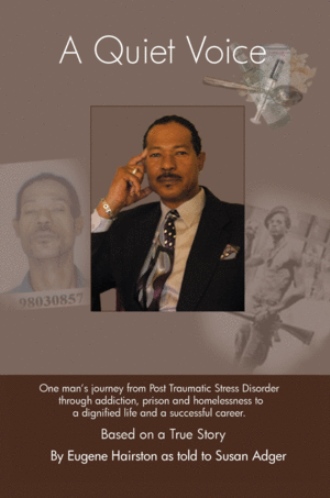 The year is 1968. Eugene (Tree) Hairston, an eighteen year old from the ghetto in Portsmouth VA, joins the service to get away from his abusive family. Serving in Vietnam, Hairston runs headlong into blatant racial discrimination and angers his superiors by reporting it. A sergeant, who loses a promotion because of the report, has Hairston bound and beaten, takes him up in a helicopter, and shoves him out into Viet Cong territory, to his probable death. Miraculously, Hairston is rescued three days later is given the option to leave the service.

At home, his untreated Post Traumatic Stress Disorder completely overtakes his life; the only way he is able to cope is by using drugs and alcohol. Unable to support his family or his habit, he turns to criminal activity and eventually becomes a successful drug dealer. His many attempts to get clean and sober fail; eventually he serves three prison sentences: for burglary, armed robbery, and drug dealing.

In an effort to change his life, Hairston moves to Tampa, Florida, where he ends up living on the streets for eight long years. This book follows him through his desperate addiction to the moment his life changed.

Eugene (Tree) Hairston, a popular speaker on recovery, is a manager at Bay Pines VA Hospital in St. Petersburg, FL. He has had articles published in the following monthly periodicals: The Grapevine, Sepia Magazine, and the US Department of Veterans Affairs? publication, Vanguard. He lives in Dunedin, Florida.

Susan Adger is the author of a parenting book Write a Story for Your Child, and has had stories printed in Sun Magazine and the St. Petersburg Times. She currently resides in Dunedin, FL.