Nesthäkchen and the World War

by Else Ury & Translated by Steven Lehrer 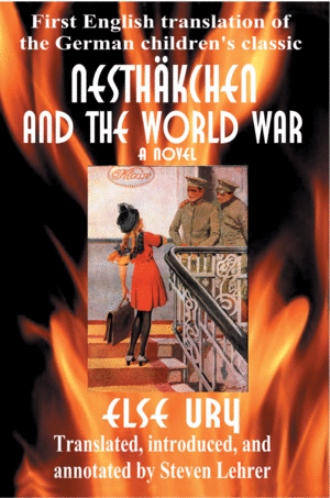 A recent survey of German women revealed that 55% had read Else Ury's Nesthäkchen books. Even more had heard them read over the radio or had seen the television serialization.

Nesthäkchen and the World War, the fourth volume in the series, is the tale of a pre-adolescent girl growing up in Berlin at the outbreak of World War I. It presents a charming, skillful evocation of a long-vanished world, while Steven Lehrer's annotations put the story in historical context.

Nesthäkchen and the World War conveys a timeless lesson, for children as well as adults, about the nature of war. Wars often begin with an outpouring of patriotic sentiment. World War I started this way, and Else Ury's description of German war-euphoria in 1914 is chilling. But when the narrative ends, in mid 1916, the war could no longer be mistaken for a noble, patriotic adventure.

Steven Lehrer is a writer who lives in New York. He is author of Wannsee House and the Holocaust, Hitler Sites, and The Reich Chancellery and Führerbunker Complex.