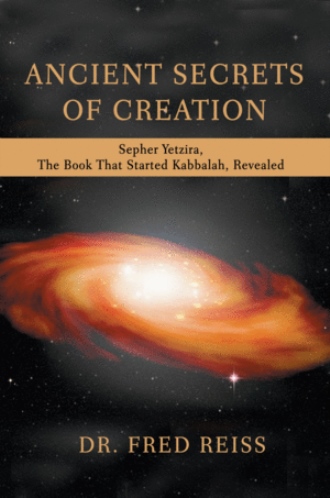 Sepher Yetzira is a second or third century Hebrew book that is considered to be the seminal work of Kabbalah because it is a mystical interpretation of the Old Testament's creation story, and Kabbalists delve beneath the surface of the Bible to understand the unspoken mysteries of how the world came to be.

Ancient Secrets of Creation is a new translation and reinterpretation of Sepher Yetzira that provides the answers to questions about how God created the world, especially how the expression, "And God said" is used. Because of Sepher Yetzira's succinctness and the passage of time, its implicit meanings have been lost. However, this work provides a fresh understanding of Sepher Yetzira by rediscovering and clearly explaining those mathematical, scientific, philosophical, and theological foundations on which it rests. These include pertinent pre-Socratic Greek philosophies; the ideas of Plato, Plotinus, Iamblichus, Neopythagoreanism, and Neoplatonism; as well as the works of Philo of Alexandria, the Old Testament, and rabbinic understandings at the time that Sepher Yetzira was written. This translation and explication unlock the secrets hidden within the Hebrew-language text of Sepher Yetzira, the book that started Kabbalah.

Dr. Fred Reiss is a retired teacher and school-district administrator with more than fifty years combined experience in public and Hebrew education. He is the author of The Standard Guide to the Jewish and Civil Calendars and Public Education in Camden, NJ: From Inception to Integration.