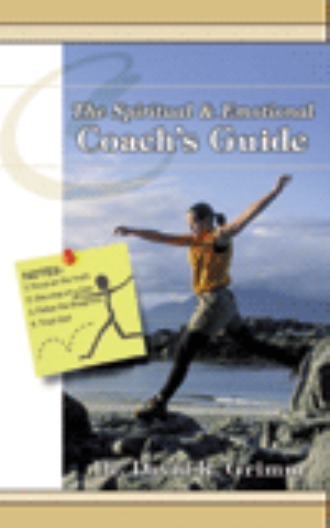 ...As we just mentioned in the previous tool, one of the most common reasons why our members have difficulty opening up is due to a lack of Trust, which just happens to be the next tool. In the groups that I have personally led, I experienced more feedback related to the difficulty surrounding trust than just about any other topic (with the possible exception of love). Repeatedly I hear about members having an issue with trust because at some point in the past someone has broken their trust. Sadly, it is often people who are (or were) the closest to them, their own family members. But even worse, sometimes they believe the common lie that suggests God has caused the circumstances in their life because He deliberately wants to hurt them. As a result, they end up believing that they cannot trust God either, because He is not on their side and He is out to get them...

...Life hurts. It hurts all of us. Just look around and you will see that hurting and wounded people are everywhere. The painful events we all experience not only wound us, but they can literally destroy us if we let them. And that is exactly what hell is trying to do to us! In John 10:10 Jesus said, “The thief comes only to steal and kill and destroy…” In 1 Peter 5:8 the Bible also says, “Your enemy the devil prowls around like a roaring lion looking for someone to devour.” You see, we are in a battle, a spiritual battle, one where the intent of our enemy is to devour and destroy us. The evidence of this can be seen in our own wounds and the wounds of those all around us.

Not only that, the tactics the devil uses in his attacks are not fair. Since he is a defeated foe, he has to resort to underhanded tactics that are designed to inflict wounds on us at our weakest points. He then continues to rub salt in those wounds so they grow larger and larger until they destroy us, which is exactly what damaged trust is all about. In addition to things like anger and depression, broken trust can also lead to separation, isolation and a life focused on looking out for number one. It can lead to the mentality of “I don’t need anyone else”, which prevents us from letting anyone get close again. It can lead to a lifestyle centered on “me.”

Hopefully, I do not have to explain to you the dangers of such a lifestyle and how these results can accomplish the devil’s nefarious goal of destroying us. We were all designed to live in a relationship with God and others. It is a part of who we are. It is a part of our very being that cannot be denied or removed. It is a longing deep in our soul that will never go away. But by destroying trust, the devil can make it appear that it is better to ignore this need and that we should turn our backs on our design, move away from all relationships and live without them. He can make it appear that these lies are actually true, so much so, that many of us choose to live according to them.

The damage that can be caused from believing and acting on these lies cannot be underestimated. The results can literally be catastrophic. That is why I believe the devil uses this tactic so often. The proof of this belief can be found in what I mentioned earlier, that broken trust is a very common issue among our group members.

In the battlefield of the mind where the devil tries to make us believe that nobody, including God, can be trusted, this tool can be pivotal. Even though at times we will encounter people who will let us down and break our trust, the truth is that there is One who can always be trusted. Psalm 9:10 says, “Those who know Your name will trust in You, for You, LORD, have never forsaken those who seek You.” In Deuteronomy 31:8 we read, “The LORD Himself goes before you and will be with you; He will never leave you nor forsake you.” God can be trusted because He is trustworthy. We have His Word on it. Psalm 12:6 says, “And the words of the LORD are flawless, like silver refined in a furnace of clay, purified seven times.”

Because this may very likely be an issue for your member, and because trust is something that has to be earned, this tool is not one that you can just pick up and use right away. This is a tool that has to be used in small increments, sometimes over a long period of time, before you can receive its full benefit. It has to mature before it produces its full effect. But through the use of the truth of God’s Word, the use of your own stories and experiences and the proper use of your own time together, you can help rebuild trust in your member. So do not ever try to use this tool forcibly, or it will likely break... 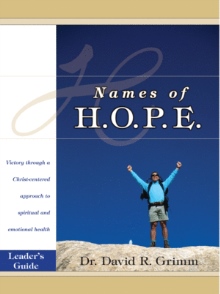 Help Overcoming Painful Experiences (H.O.P.E.) is a non-profit organization whose purpose is to help people experience a life transformation through their emotional pain so they can live the purpose-filled, victorious life God intended and designed them to live. We set people free from emotional bondage and empower them to live a transformed life.

To accomplish our purpose, the H.O.P.E. program was designed to help people 1) resurrect hope, 2) overcome emotional pain from a variety of issues, 3) build a safe and healthy support network, 4) comprehend the truths about God in the midst of pain while exposing and replacing lies, and 5) experience a life transformation through the healing and restorative power of Jesus Christ.

Our transformation model consists of three levels. The Spiritual & Emotional Coach’s Guide is used in Level 2 when we pair our members with a Spiritual and Emotional Coach (SPEC). SPECs allow us to extend our ministry by providing additional support for our members through a one-on-one mentoring relationship outside their small group. The analogy used for our member’s need of a SPEC is that of a contractor who can help them with their emotional and spiritual “construction”. Our members need a contractor (SPEC) who follows the plan of the Architect (Jesus Christ) in their life and who can help them rebuild by doing the same thing. Our members need a contractor (SPEC) who can coach them using their own experiences with the spiritual and emotional rebuilding process.

Therefore, this book was designed to empower and equip our SPECs by helping them realize and tap into the knowledge and tools available to them in this role. This book also contains a topical Scripture reference guide for convenient access to verses that can be applied to a variety of issues. In addition, this book was designed to help familiarize SPECs with our organization and what their member is going through.

Dr. David R. Grimm received his Ph.D. in Molecular Microbiology and Immunogenetics in 1993 from the University of Missouri-Columbia. He is the Founder and CEO of Help Overcoming Painful Experiences (H.O.P.E.), a Biblically-based, nonprofit organization that focuses on helping people experience a life transformation through their emotional pain so they can live the purpose-filled, victorious life God intended and designed them to live. David authored the three books used in H.O.P.E., namely Doorway to H.O.P.E., Names of H.O.P.E. and The Spiritual & Emotional Coach’s Guide. His passion and desire to help those who are hurting comes from his own experiences with emotional pain and the Christ-centered support he received. David resides in Arizona with his wife Tiffany and his two sons, Jonah and Jacob.