by Peter B. Robinson 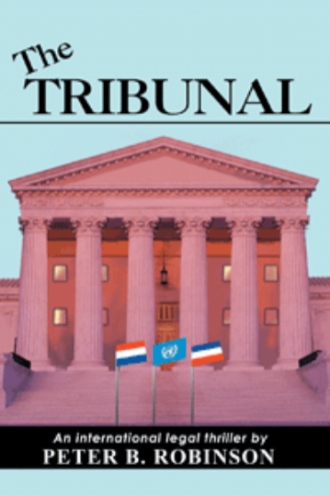 When attorney Kevin Anderson decides to uproot his family and move them to Holland, he expects a fantastic job prosecuting war criminals at the United Nations Tribunal. But when he gets there, he is thrown into the defense of a notorious Serbian warlord accused of ethnic cleansing in Bosnia.

Kevin faces a suspicious client, a self-righteous prosecutor, and hostile judges. When his spunky 11 year-old daughter, Ellen, is kidnapped, Kevin is plunged into a battle to win his client's freedom, and to save his daughter's life.

As the trial progresses, Kevin fends off not only the prosecution, but the American CIA and forces of the Serbian government, all who have a stake in the outcome. From the bulletproof courtroom to the streets of Sarajevo, Kevin scrambles to find the truth and preserve his integrity.