The People Across the Sea 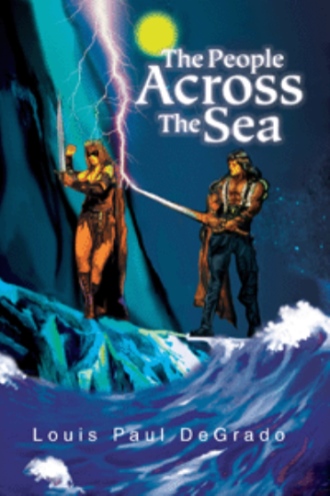 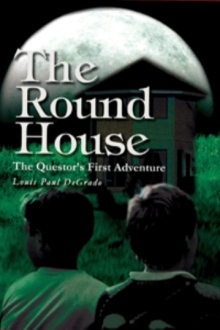 Within the towering walls of the city by the sea, a dark secret is kept. Its history was wiped out two hundred years ago by foreign invasion, and even now the city stands poised to repel another attack from the dreaded people across the sea.

A culture based on fear and the threat of invasion has spawned a leader, a council, and the Law of Survivors. Aldran Alfer is now the Keeper of the law and the council leader. He knows the hidden terror that threatens to rip the city apart.

Sons of Aldran, Brit and Caln Alfer, find themselves caught in a web of danger and mystery. Brit finds himself on the run from the Black Guard, veiled men who prowl the streets and crush any who oppose the council's will.

While Caln remains in the city, struggling to hold his family's position on the council, Brit heads into the forbidden desert to seek out the Wizard, a man with strange powers who was banished from the city.

In the company of the Wizard, and the mythical desert wanderer, Brit will find his destiny. He must cross the land of the Sand Demons, fierce predators who stalk the desert, where he searches for a way to carry out his father's plan to lead their people to safety, and end the threat from The People Across the Sea.

Louis DeGrado was born in Colorado. Upon graduating high school, he joined the U.S. Army, where he served four years as a crewmember aboard a Chinook Helicopter, and served in the Persian Gulf War.

After his military service, Louis returned to his hometown to finish college and obtained his BA in Business Management and MBA from the University of Southern Colorado. He currently works as a manager for the TRANE Company in Pueblo.

A storyteller and writer since the earliest age, The People Across the Sea is his third novel Louis spends his time writing for his website, www.Literarylou.com, and working on his next novel, The Preacher.