Love in the Time of the Apocalypse 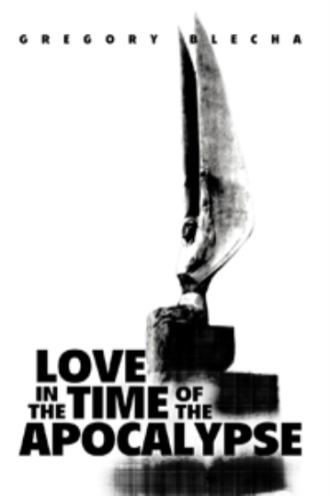 We were staying at the Amish, so of course there was no air conditioning. Jenny and Mark were smart—they were staying onboard the Titanic, where they were spoiled with service and great food and got to wear tuxedos and gowns, until the whole iceberg-shipwreck thing, which happened every night at nine. Had I my choice, we would have stayed at Vive la Revolucion at the opposite end of the Strip, with hourly beheadings, peasant orgies, and Jacobean uprisings. But when was the last time I had my choice? It was painful to watch the waiter shuffle slowly toward us with our beverages. He didn’t have a limp as much as a crab’s gait, as if he were walking with his leather coin purse clenched between his knees. The last time we had a round of drinks I had tried to help him, but he gave me such a display of veiny retina that I knew better than to try again. Instead I gave him a big tip. “Do you think it’s the i-word?” said Jenny, leaning forward, in a whisper. “What’s the i-word?” Char asked. She had opted out of makeup this morning because of the ambient heat. She was more beautiful without it; her skin was so smooth it reflected light. Jenny, on the other hand, came with full face paint that was beginning to blur on her face like a watercolor, a post-Impressionist painting. What would it be like having sex with her? Did women know when you thought about having sex with them? I’m sure my eyes gave me away somehow, or the blood rushed from my face, or maybe I discharged a pheromone, like some type of male estrus. 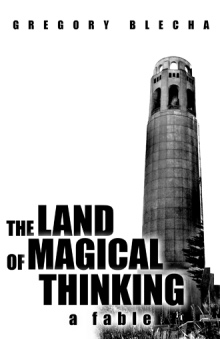 Though a dystopian novel hovering over the imminent collapse of American civilization at the hands of a techno-authoritarian state, "Love in the Time of the Apocalypse" is also a book about the triumph of love and humor over the fatal gravitas of life and death. It is part future nightmare part whimsical farce of the present. Love in the Time of the Apocalypse is a work of playful conspiritorial pop-delirium and pastiche full of lovable terrorists, state run breeding houses, Amish casinos, vulgar action scenes, the antichrist, tongue and cheek hyper-masculinity ("perhaps sit-ups can save the world") and a bourgeois love story to top it all. Readers who love Science Fiction, Dystopian Literature, and Conspiracy Theory will find this book chock full of fresh and clever fare. The speculative details are much more subtle than works on the post-apocalypse. The reader can feel both drawn into a bit of a “future shock” while at the same time remain anchored in a familiar, albeit, terrifying present. Blecha has a way of pulling from current trends of government suppression of freedoms and stretching them ever so softly to their possible conclusion. Thus, rather than a world of utter totalitarianism such at Orwell’s 1984, we are presented with a more plausible, more “friendly” fascism that a society founded on consumerism and entertainment might bring about. Without coming across as a writer with an agenda, Gregory Blecha offers a strong but playful critique of State power, the smothering inefficiency and corruption of bureaucracy, and the role of the over-stimulated, under-critical herd of middle class consumers and middle managers of a collapsing North America. Tramps,plague victims, nihilists and nymphomaniacs along with the main character, a WASP drawn into their exciting world, make for the heroes of the story. The villains are the lifeless and systematic processes of the Federal Government, the Department of Health, the Department of Overpopulation, and the technological control systems of modern life, and yet even these are rendered with an air of playfulness that allows the reader to smile as the world comes crumbling down.

Other authors who have most influenced the formation of this novel include Salmon Rushdie, Umberto Eco, and Sheri Holman. These authors are best known for their macabre themes and their exploration of magic realism. Magic realism is a literary style that interweaves unreal elements in a conventional environment.

To learn more about the evolution of this novel, and other projects Greg is working on, please visit gregblecha.com or contact him at .