RUNNING ON THE EDGE 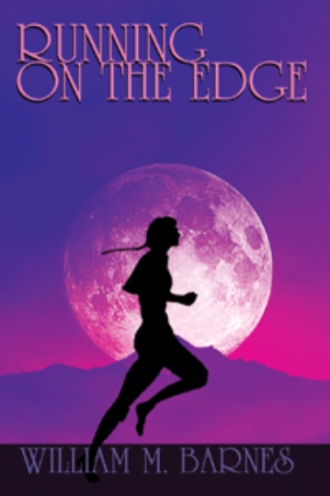 While crossing the Texas border with other illegal immigrants, Hope Alijondro's brother is kidnapped. Hope, a nurse and part Tarahumara Indian, enlists the aid of Hispanic reporter Juanita Costillos in her search efforts. Checking cryptic ads in a San Antonio newspaper, they follow a lead of tiny fossils found on victims of a serial murderer dubbed the "Puta Killer".

In love with Hope ever since she treated severe injuries he suffered in a Colorado mountain Ultra-Sports race, Temple Carruthers, quits theBorder Patrol to help find Hope's brother. Though his injuries had made him a paraplegic, Temple pursues the kidnapper in a kayak race through deep canyons and treacherous rapids while Hope runs cross-country to head them off-only to encounter the "Puta Killer".

"I haven't read a novel since grade school, but I read Running on the Edge in four days! William Barnes has created an excellent adventure tale and my only question is, 'Have you begun working on a sequel?'"

William M. Barnes, author of the Nonesuch Chronicles, has studied Texas Big Bend geology and has observed the Tarahumara Indians in Mexico, seeing the immigration problems firsthand. He has had four essays published in the Houston Chronicle. Barnes lives in Spring, Texas, with his wife, Margaret.