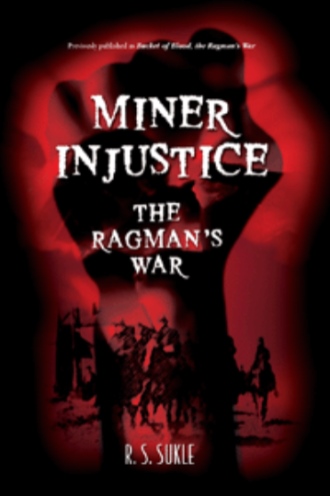 Sukle's book is well researched, and her dialogue rings true to the accent and the feeling of those fraught times. It is a praiseworthy effort, and one expects to see more of Sukle as a writer/historian. -Barbara Bamberger Scott, Women Writers Review

During the coal strike of 1927, the coalfields of western Pennsylvania become a hotbed of tension and terror.

A mine mechanic and World War I hero, Ragman walks away from his job at the Russellton Mine. He originally wants no part of the union fight, but is slowly drawn in by his activist brothers.

When a new unit of special Coal and Iron Police arrives in Russellton to terrorize the town and end the strike, Ragman scarcely realizes that the commander, Herman Bucholtz, has his own agenda. Appointed by the governor to break the strike and evict the miners from their homes, he imposes unconstitutional restrictions to keep out relief workers and organizers.

Thus begins an intricate, emotional tangle that leads Ragman and his fellow activists on an escalating, fanatical path of revenge and self-discovery, culminating in a life-and-death struggle.

R. S. Sukle is the daughter of a coal miner, union organizer, and early civil rights activist. A graduate of Thiel College, Sukle lives in the mountains of rural Virginia with her husband, two golden retrievers, and cat.