Underdogs On the Diamond, At the Movies, In the White House 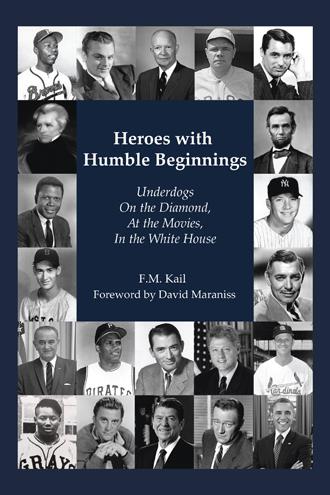 We are a nation of underdogs, founded by immigrants seeking a better life. This book reminds us of the humble beginnings of some of the greatest ballplayers, movie stars and Presidents of all time, men who faced adversities growing up and who, in overcoming them, gave credence to the American Dream.

Mike Kail practiced law in Washington, D.C., for over 40 years. He and his wife live in Maryland and have three grown children. Email: fmkail74@gmail.com Cover Graphics by Amanda Bouknight (Bouknight Designs).