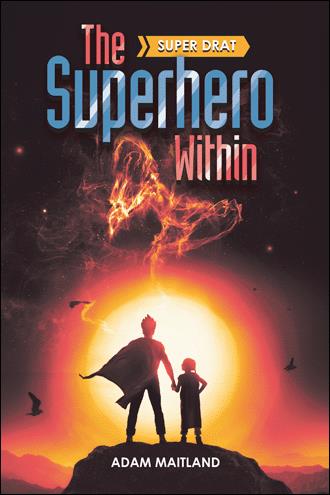 CHAPTER 1 – I’M DEXTER AND I’M DIFFERENT My name is Dexter, but sometimes I don’t like that name. I don’t feel like it always fits who I really am. I have tried other names like Max and Zack. Once I even tried the name Bob, but I always seem to end up with the same name, Dexter. I guess sometimes I just want to be somebody else for a change. When I was younger, I could never figure out what my brain wanted, which always made me confused and frustrated. My body would do things without me telling it to, and that just drove me crazy. My family tried to help. In fact, everybody tried to help me like my teachers and strange adults my parents brought me to see. The strangers would have me sit on a couch or play silly games with them, but sometimes I felt more like I was under attack for something I had no control over. It’s not like I thought being different was the greatest thing in the world, but it wasn’t really my choice. In fact, I thought it was a curse at first. I also thought I must have done something really wrong to be like this, but I couldn’t think of anything I could have possibly done. It just seemed so unfair that the world I had to live in felt so distant and strange. I just couldn’t figure out what people wanted from me. I would have gladly paid more attention to people if I understood what they were saying. I would have done my homework if it made sense or even acted normal if my body would just listen to me when I told it too. My frustration just kept building! I was finding it very difficult to be happy. Why did I have to be so different? I know everyone cared about me, but sometimes I felt more alone when everyone was trying to fix me. I didn’t understand how I was broken or what happened to me that broke me. Everyone wanted me to act a certain way, and I felt really bad when I wasn’t, which made me choose to do things that got people even more upset with me. I just couldn’t win. I wanted to make everyone happy, but it was starting to feel like I never could. I knew I had to figure out some way to fix me and make it so everyone was happy. There had to be a way to make everything better; I just needed to work harder to fit into this crazy world I was part of. I needed to solve this puzzle that was me in order to make sense of all the things my brain and body did. My parents, my teachers, and even some of the other kids I went to school with tried to help me, but sadly it wasn’t the help I needed. I was different for a reason, and the longer it took to figure out why, the more frustrated I got. It was so tough living in a world where I felt like an alien. So many people looked at the odd things that made me, me. I could feel they thought I was weird and didn’t fit in with them. I used to believe that too. I figured if the kids around me thought I didn’t belong, then I probably didn’t. So, I never tried to be friends with them. I just kept to myself and created my own world inside my head. I created a world that worked the way I thought. I wasn’t forced to do things or eat weird foods. In fact, I was able to fly with dragons. I love dragons. All kinds of dragons! Dragons that fly through the skies, swim through the seas, and make their homes in the mountains. They ruled the world I created. I was accepted in my world, and it frustrated me so much when people tried to force me out of my world and into the real world. Why would I want to be in a world where I don’t fit in, when I can be in a world that I love. People kept pushing me out of my world though, which kept reminding me that something was still wrong with me. I couldn’t figure out what it was I did to be such a misfit. People are very interesting creatures! As much as I love to observe them, I knew in the back of my mind I had to help them see beyond my differences. By helping them, maybe then I wouldn’t feel so out of place. Maybe then everyone would accept me, and not just my dragons would accept me. I had no idea what I needed to do, until something amazing happened to me!

By day, Dexter is just a twelve-year-old kid who wears glasses, has messy hair, likes only soft clothes that don’t make his skin itch, and loves to play with his dragon toys. He doesn’t fit in because he doesn’t always use the right words to talk to people, or he gets upset about something others don’t think is a big deal. Dexter is just different. But he’s OK with that. He understands that all the things that make him odd are because he’s meant to be different. He’s meant to be a superhero with a cape and superpowers. When the world is in trouble, Dexter puts on his cape (which makes him look cooler and feel stronger and wiser and protects him). He becomes Super Drat, a superhero with a mission to change the world. A book for young readers, The Superhero Within tells a story to help children understand that everyone is different and that’s what makes the world special.

Adam Maitland earned a master’s degree in special education from Pacific University and is currently a special education teacher in Oak Ridge, Tennessee. He previously taught STEM grades K-8, 2nd grade, and other special education programs for grades K-5. Adam received the 2016 Presidential Award for Excellence in Mathematics and Science and continues to work with students of all ability levels to help them reach their fullest protentional.