Armageddon of a Different Order 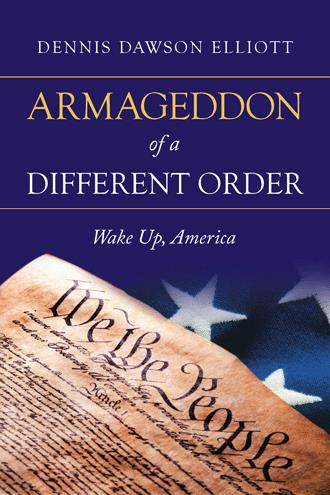 How did Donald Trump become president? What were his qualifications? What has he accomplished since winning the election? The author suggests answers for those questions and many more in this analysis of one of the world’s most controversial political leaders. With great frequency, Trump has criticized his presidential election opponent and the previous administration even after taking office. Just as concerning, he continues to have little understanding of the power of words and how his declarations have potential negative implications and outcomes with multiple audiences. His repetitive banter has little substance, he relies on Twitter as a means of speaking loudly, and he offers little or no substantiation for his claims. While responsible reporters and media outlets have worked diligently to fact-check his statements, Trump simply dismisses the reporting as “fake news.” This book is a challenge to all Americans to stand up and support their country in reasonable, responsible, and ethical ways regardless of personal ideological leanings. It’s also a thoughtful analysis and warning about Armageddon of a different order.

Dennis Dawson Elliott has had a distinguished career in public affairs, advertising, marketing and medical education. He is a retired professor from the School of Journalism at his alma mater, Indiana University. His academic focus is in the fields of public relations, media ethics and business journalism. He has also conducted research on the topic of the use of communication technology for HIV/AIDS education and patient management in Sub-Saharan Africa.