Right Now Is Worth It 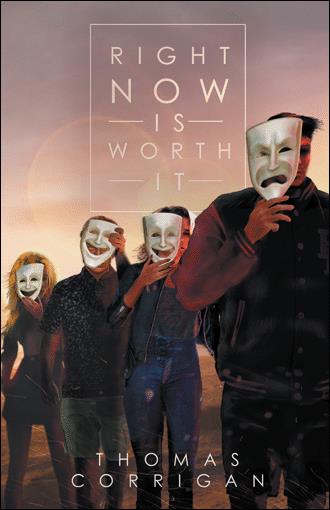 It was no surprise the highway was silent, save for the occasional chirp of a bird from a nearby tree. It was nearly ten thirty at night. The fields on either side of the cement stretched for miles, and cows lay down with one another, nestled together in small groupings. A few homeless men had started a fire under one of the trees in the highway divider when it began to drizzle. They hastily covered the fire with blankets to shroud it from the rain, which grew to a shower. The rain slowly and insidiously made its way through the branches of the trees to where the homeless encampment lay. All three men surrounded the fire and protected it from the rain. Eventually the rain stopped, and the fire was still burning. One of the men, who bore a heavily thick beard, sighed, took his blanket, and threw it onto a child lying asleep under a tarp. Pieces of asphalt tried to roll along the ground with each breeze that came through but remained still. The breezes stopped, and everything was hushed. A police siren blared in the distance. Ears on cows perked up, and they turned their heads to the sound. A red Camaro raced down the highway, and with the muffler off, it sounded like the Indy 500 rather than a single car. The Camaro flew over a hump in the highway, and the wheels jerked and spun over the pieces of asphalt below. Rubber hit the pavement again, and the driver slammed her foot on the gas. The speedometer flew past eighty miles an hour to ninety to one hundred and began to jerk and fly around its limit. Christina knew she had one option as the police cruiser gained on her: drive. She couldn’t turn back, not now. But the siren blared just fifty yards behind her, and she feared she might be at the end of her ride. “Stop the car! Put your foot on the brake, and stop the car!” yelled a policeman through the megaphone attached to the exterior of the cruiser. Christina looked in the rearview mirror and saw the front bumper of the cruiser coming ever so close to the back of her car. She shook her head and adjusted her grip on the wheel. Christina looked down at her left leg. A shard of glass protruded from the knee. She knew she couldn’t go back to the house yet. Christina wiped the wet perimeters of her eyes and took the Camaro into the highest gear. “Stop the damn car!” shouted the policeman. Christina’s knee stung like a thousand wasp stings, and she took her hand off the wheel to apply pressure. She adjusted the way her pants fit around the glass and drove over a hill on the highway. An upcoming curve, which had been hidden behind the hill, surprised her. She jerked the wheel to the left, but the wheels didn’t agree. Christina knew she wasn’t going back to the house ever. The Camaro hit the highway divider. Christina pulled hard on the steering wheel to maintain control. It was too late. The Camaro’s front bumper fell off and got caught in the front tire. The car flipped repeatedly as bits and pieces of steel and glass flew off it. Christina heard the siren turn off. The red Camaro flipped for the fourth time, and Christina shot through the windshield. She rolled to a stop on her stomach, her face bleeding from every orifice. The car came to a rest on its back. Christina saw the policeman walk toward her. Her eyes strained to stay open. “All units, we have an 11-83 on Highway 280. I need an ambulance on the ninth mile marker ASAP. I repeat—there is an 11-83. Ambulance needed on the ninth mile marker ASAP,” the policeman said into his microphone. He walked up to Christina, and she closed her eyes. A siren echoed in the distance, and an engine running eventually sputtered out into nothingness. 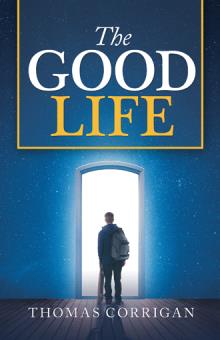 For many teens, adolescence is an uncertain time filled with angst, peer pressure, and personal identity crises. In the halls of a suburban high school, the lives of four teens intertwine as they search to discover who they are and overcome their fears. The social media-obsessed world, which they find themselves in, reveals that support is an illusion and truth languishes behind pretenses. Emma, a poor teen with an abusive stepfather, has just lost her older sister in a horrific accident. Shaun, a shy and appearance-obsessed boy, is drawn to her. Sophia is a sophisticated rich girl whose life isn’t as perfect as it seems. Jackson is a star athlete grappling with a secret he fears will undermine his carefully cultivated image. While Emma struggles to resolve her parental conflicts, Shaun strives to overcome his awkwardness. As Sophia fights to change the labels the world has placed upon her, Jackson battles to protect his secret. This rewarding and unpredictable journey highlights the difficult choices the teens face as they fight for independence, attempt to define themselves, and protect their social facades.

Thomas Corrigan is a recent high school graduate. He is also the author of The Good Life, a coming-of-age hyper-reality action novel. When he is not attending classes, he enjoys screenwriting, composing and performing music live, and bodybuilding. He currently lives in California.