Re-evaluating the Historicist’s Interpretation of the Revelation 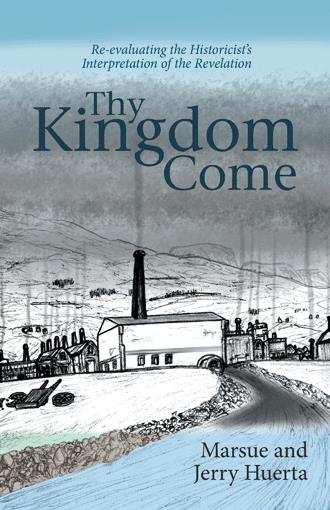 The Historicist’s hermeneutic that the seven churches represent seven eras between the advents maintains the Laodicean church epitomizes the “end of this age” and that the following three septets must also arrive at the “end of this age,” in order to sustain recapitulation as the structure; this work concedes this preconception. The object of this work is to vindicate that the placement of the “start” of the following three septets is at the seventh part of the antecedent septet, which was conceded by Alberto R. Treiyer concerning the vials or final plagues; the start of seven vials or final plagues is concurrent with the seventh trumpet. This work has taken the testimony of Paulien, Stefanovic and Japp that the trumpets are the response to the petitions of the souls under the altar to vindicate that trumpets cannot fold considerably over the seven churches and seven seals, insomuch as the martyrs slain by Babylon and the eighth king of Revelation 17 cannot be omitted as essential constituents of the intent of the fifth seal. The trumpets cannot fold considerably over the churches and seals, insomuch as the seventh month of Tishri cannot be equated with the seven months prior; it is the seven churches that actually represent the “new moon” observances between the Spring and Autumnal festivals. The trumpets cannot fold considerably over the churches and seals, inasmuch as the prohibitions against harming those with the seal of God in Revelation’s fifth trumpet establishes judgment upon God’s house, in correspondence with Ezekiel 9:4-5 and 1 Peter 4:17-18. Furthermore, the principle of Matthew 12:25-26 must be observed in interpreting the sixth trumpet; under such scrutiny, the fifth, nay the first five trumpets must represent God’s judgment on the church before he judges the reprobate in the sixth trumpet. All the evidence supports the historical phenomenon depicted by the trumpets commence with the seventh seal in conformity with how the phenomenon of the seven vials or final plagues commence upon the blowing of the seventh trumpet. In such a perception, the trumpets maintain terminological and thematic correspondence as end day phenomenon with the sealing of the 144,000 and the three angels in Revelation 14. In continuing to observe the conformity concerning structure established, above, the historical phenomenon depicted by the seven seals must commence during the time of the seventh church and represent the oppression of the church by those who profess allegiance to God's kingdom, in conformity with 2 Thessalonians 2:3-10; Daniel 7: 8-10, 21-22; 1 Timothy 4:1-2 and Revelation 17:6. Conformity to this structure reveals the seals and trumpets relate to Laodicea’s fallen condition of self-indulgence and prodigal material concerns, which was the persistent provocation for God’s punishment under the Old Covenant (Isa 5:8-9, 10:2; Jer 34:8-17; Eze 22:29, 45:9; Am 2:6-8, 8:2-7; Rev 18:11-13). This explains the symbolism of the white horse that a great number of Historicists attempt to apply to the church;32 the church goes forth “conquering, and to conquer”, but not in the first century and not for the gospel—but went forth “conquering, and to conquer” by their commerce and oppressed their brethren to enrich themselves, which is depicted by the spirit of the Laodicean church. The symbolism in the seals represents the provocation for covenantal judgments in the OT, the latter is corroborated by Japp. “Because the Jews did not keep either the letter or the spirit of the sabbath year, which demanded the freeing of all Jewish slaves, without compensation, every seventh year, and the resting of the land from all agricultural activities, the principle of the sabbath year became the basis of punishment for Judah and Jerusalem(81). The principle of the Jubilee year prescribed that in addition to the freeing of all Israelite slaves and the resting of the land, the full restoration of all property to their original owners or their descendants.(82) In Daniel 9, the Jubilee, encapsulated in the prophetic number of 490 days, becomes the basis for a Messianic promise of release from the enslavement of sin, rest from the works of unbelief and complete restoration of the land to Israel.”33 James’s prophecy of the last days, below, conveys the self-indulgent and the prodigal materialist condition of the final Laodicean era, which is ordained to oppress their brethren depicted in the seals; Paulien, Stefanovic and other Historicist of their ilk concede the seals represent oppression of the church but mistakenly attribute it as originating from those who disavow Christ, which does not withstand examination. God uses those who disavow Christ to refine the church under the trumpets. “Go to now, ye rich men, weep and howl for your miseries that shall come upon you. Your riches are corrupted, and your garments are motheaten. Your gold and silver is cankered; and the rust of them shall be a witness against you, and shall eat your flesh as it were fire. Ye have heaped treasure together for the last days. Behold, the hire of the labourers who have reaped down your fields, which is of you kept back by fraud, crieth: and the cries of them which have reaped are entered into the ears of the Lord of sabaoth... Ye have condemned and killed the just; and he doth not resist you. Be patient therefore, brethren, unto the coming of the Lord. Behold, the husbandman waiteth for the precious fruit of the earth, and hath long patience for it, until he receive the early and latter rain.” James 5:1-7

Contemporary history and progressive revelation regarding the Hebraic festivals are the basis for a renovation of the traditional historicist’s house and its perception of recapitulation in the book of Revelation, which does not disturb the historicist’s view that the papacy is the Antichrist. Under this new interpretation, John’s use of recapitulation was modest as compared with the traditionalist’s view. The new view correlates the prophecies and illustrations of the seven seals with our modern-day market-driven society, the prophetic era of the Laodicean church, the autumnal festivals, and the “the time of the end” in Daniel 8:17. The correspondence of the apocalyptic horsemen of the seven seals with the historical accounts of the Protestant’s rise to prominence and their termination of the churches’ influence in our modern-day commerce is incendiary. Moreover, the correspondence pertaining to autumnal festivals regarding the final judgment and the apocalyptic horsemen of the seven seals is no less provocative. As is the case of all such correlations that come to light through progressive revelation, they become a blessing for the sons and daughters of God and a reproof for those who walk in darkness (Revelation 1:3).

Marsue and Jerry Huerta are a family of lay authors who have dedicated years of their lives to the intense study of the historicist’s interpretations of the book of Revelation and believe they have written a book for our time that renovates the historicist’s house while leaving it standing. It finishes the house of historicism. They currently live in Tucson, Arizona.