The Seven Transcending Mind-Sets of Success 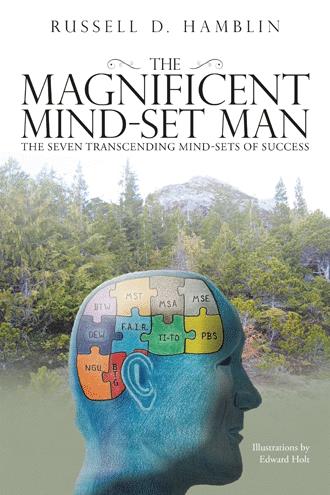 Roger Hunt, an ordinary man working as an environmental geologist, has experienced many failures and a few successes. More than halfway through his life, Roger is surprised and blessed to receive a unique and precious gift and an opportunity to learn the secrets of success.

Ten years prior, while working on a majestic and remote island off the coast of Alaska, Roger meets a mysterious visitor, the billionaire Billy Haynes III. Billy presents a series of his personal memoirs on success and has a magical way of reinforcing those written principles in the form of vivid dreams, thrilling experiences, and majestic symbols, including what Roger calls the Magnificent Mind-Set Man. Along with these teachings an admonition is given—to share those secrets with the rest of the world.

Although Roger is edified and determined to use these principles, write about them, and teach them to the world, he fails to do so and continues to live a life of limited happiness and professional mediocrity. But serendipitously, Roger meets Billy again when he is stranded, and he is given a second chance to remember, apply, and reveal the seven transcending mind-sets of success to the rest of the world.

Russell D. Hamblin is a professional scientist and businessman with a master’s degree in geology. He has more than thirty-three years of professional experience in the industry of environmental management and consulting. Hamblin has managed thousands of simple and complex environmental projects throughout the globe and has worked and traveled on five continents. He is a business unit manager, a problem solver, and a motivational speaker. Hamblin currently lives in Herriman, Utah.

Note to the purchasers of this book: for every book purchased, $1 will be donated to two charitable causes: to help educate children with autism and to help people with addictions.