A Humorous Look at the Absurdity of the World around Us 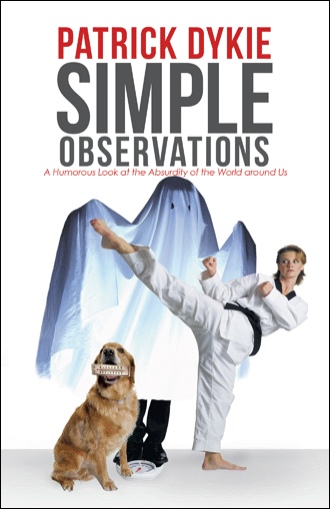 As I finished off the last, cold Coors Light beer within a hundred miles, I watched my wife with admiration and a little envy as she unloaded and set up our tent in record time. Leaving my wife and son to unpack the last of the gear, I headed on a half-mile trek to what I soon learned were called the communal showers and bathrooms. I was soon to learn communal meant sitting on a wooden toilet in a shed-like structure next to a man named Ed, from Boise, Idaho. Ed, while enjoying the great outdoors, had been subsisting for weeks on a diet of chili, baked beans and more chili. I didn’t even want to think about the showers. On my return trip to our campsite I couldn’t help but notice the abundance of wildlife. This included many new and exotic species of birds. I was glad my wife had allowed me to pack my binoculars. Over the years, I had gradually become a fairly knowledgeable and enthusiastic bird watcher. Returning to camp and procuring my binoculars, I proceeded to view some of the large, strange birds. They were nothing like the birds which visited my back-yard bird feeder. These were large and black like common crows, but with smaller heads. Their feathers were not a dull black, but had an iridescent shine. Their wings were large and narrow. Instead of trilling or whistling they made a high buzzing sound, almost like a bee. As I continued to stare at the strange birds, and they rapidly approached our campsite, my concentration was interrupted by my wife. In a flat, calm voice she said, “Sweetheart. I hate to ruin your reverie, but those aren’t birds, but rather mosquitoes. If you want to see the coming dawn, it may be a good idea to grab a stick and a few rocks, run for the tent, and pray we didn’t forget to pack the bug spray.” After finding a solid piece of oak, two cans of mosquito repellent, and hiding in the tent for an hour, I decided to end my first day in the great outdoors. It was nice to finally lay my head down and get a good night’s sleep. I soon found a restful sleep was going to be challenging, as I lay on my back staring at the green canvas ceiling of the tent. I tried and failed to doze off as a large and pointed rock relentlessly stabbed my back through a thin and inadequate sleeping bag. Across the tent, in a soft patch of dirt, I could hear my wife and son gently snoring as they snuggled in their thick and comfortable sleeping bags.

Author Patrick Dykie has always been a keen observer of the world around him. He looks at almost every situation and sees humor in it. Years ago, he realized the world is a tough and unforgiving place. Sometimes, people need to see the absurdity of it and find humor in even the most mundane of things. In Simple Observations, Patrick offers a collection of humorous narratives about everyday life. This compilation of short stories features everything from babies to ghosts to diets to excursions to the beach to wedding receptions to zombies. Patrick tells about trips to the bank, shopping at Walmart, Chinese takeout, a visit to the doctor, camping trips, those pesky mosquitoes and how, in his own, self-deprecating and clumsy way, he survives adventure after hilarious adventure. From a visit to a psychiatrist, to fending off ravenous animals in the garden, Simple Observations takes a fun journey of people, places, things, animals, and popular culture through the eyes of an ordinary man.

Patrick Dykie graduated with a bachelor of arts degree from Lebanon Valley College. After a long career in the construction industry, he is now, a full-time writer. He lives quietly in Reading, Pennsylvania with his Wife, Barb. He has two sons. Daniel, is out on his own in a successful career, and Adam is a senior in college. Simple Observations – a humorous look at the absurdity of the world around us, is his first published book. Look for his next book, Short and Simple Observations - the absurdity continues, in the next year.