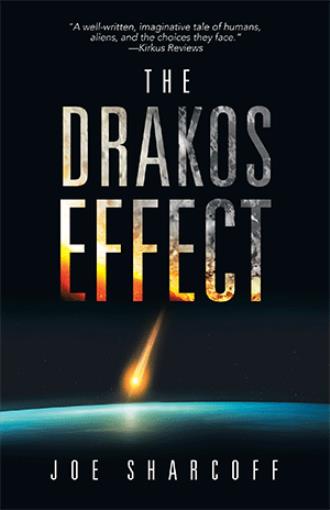 A soft, triple-beep captured everyone's attention. Gregor said, "Something's further stressing the rock." His nostrils flared as the source was identified. He stared in disbelief. They all saw it now. The artifact was slowly rotating on its shortest axis with its broad, circular end rising. Then it spun into a blur, spun on two axes, before going round on all three. It was spinning through dense, compressed rock, vaporizing it and carving out a cavity, a white-glowing bubble in the mantle, hotter than the surface of the sun. Then it stopped with its circular end, like a crescent blade, pointed "up." The surrounding earth began cooling down to normal molten temperatures.

In the 22nd century, the people of Earth inhabit giant, fusion-powered cities sprawling across the planet. In addition, they are hosting the Cephians: advanced plantlike aliens who have come to assess humankind’s readiness for joining their galactic community. Although they are friendly, the aliens have been in the solar system for forty years, and humanity’s patience and trust are wearing thin, at times violently so. Eminent astrobiologist Dr. Shana Savarino feels otherwise. She admires the Cephians’ quiet, strategic wisdom. She also has environmental concerns for her planet, as well as long-standing and personal issues with humans, and so she prefers the company of the visitors. Meanwhile, human scientists discover a mysterious object buried deep beneath a giant crater in Mexico: a powerful, sentient artifact that harbors a secret concerning humanity’s origins. Accidently awakened by nuclear bombs, the object now seeks to wipe out all life on Earth, and it seems only Shana has a chance of stopping the disaster.

Joe Sharcoff has lived most of his life in New York, although he spent some time in California, where he earned a degree in clinical psychology. In addition to writing, he also enjoys working out, lucid dreaming, and even getting older. Happily married and the father of a daughter, he retired after serving for twenty-nine years as a psychologist for the New York City public high schools.