An Oath to Odin 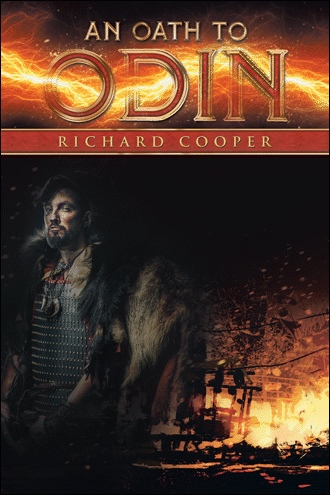 When he is only fifteen, a marauding group of barbarians invade Thor’s Viking village and do great, bloody damage. They kill all of young Thor’s family and friends, and Thor swears vengeance upon those responsible. He makes an oath that he will bring glory and prestige to the great Odin while avenging his family and building a new kingdom. Of course, the odds are against him as Thor has very little assistance. He must go on this mad journey with little more than his own dedication, along with the help of an old crone, a mute boy, one of his father’s surviving lieutenants, and a small girl. Together, they do their best to fix up an old boat and set sail in search of the men who did them wrong. As the voyage begins, Thor struggles with his own immaturity and desperate need to succeed. With only his father’s sword and a small sack of coins, he sets sail in a leaky fishing boat with his newfound friends. He will not break his vow, no matter what. He will get his revenge, and he will found a great empire—but first, he must grow to be a man.

Richard Cooper has a BS in Sociology and an MS in Science Education. Currently, he teaches adult education for the Tennessee Department of Correction. He is retired from the U.S. Navy. Cooper lives in Tennessee with his wife, two daughters, a heifer, two dogs, and a slew of cats.