Tail of the Dragon 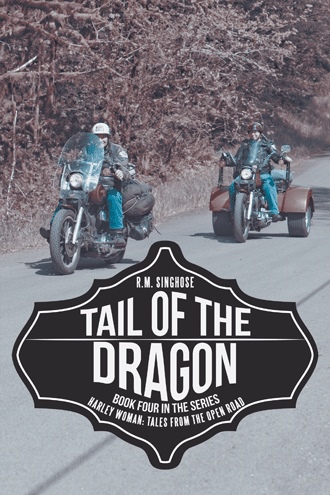 MUDDY WATERS We hadn’t gone very far down the mountain before we were stopped by road construction. A long line of cars and motor homes stretched in front of us. We turned off our engines, getting off our bikes to stretch and try to warm up a bit. The rain was coming down harder than we thought possible, sluicing off our bodies. I didn’t think it could rain any harder than back at the lake! The road beneath our feet was one long stretch of gooey, slimy mud with a river running over the top. If there was any gravel in that mess, it was hiding really well. A long section of guardrail had been removed, leaving a sheer drop of a good thousand feet to our right. On the left side of the road were rockslides with tons of huge, loose rocks strewn in the roadway. More slides had taken out chunks of the road on the gorge side, making that one lane road even narrower in spots. “This is one time I’m really glad I have three wheels. You are going to have to really watch it.” I was very worried about Jim dropping his bike in that mud. I had a horror of watching him slide right over the edge of the canyon. “I’ll be fine. You be careful not to use your brakes. If you do have to, just put them on real easy.” It was obvious that Jim was as worried about me as I was about him. We stood there in uneasy anticipation for what seemed like an hour, but was probably only about fifteen minutes, before we finally spotted a long conga line of cars, motor homes and motorcycles slowly working their way up the road towards us. The cage drivers making their way up the hill had eyes as round as dinner plates; a death grip on their steering wheels was accompanied by a severe case of white knuckle syndrome. Their faces looked like they were just emerging from a classic zombie film; this was especially true of the poor fellows driving huge motor homes. Interspersed with those rigs were clumps of from five to twenty five bikers on their way home from the big bike rally at Sturgis, S.D. The bikers were plastered with that brown, gooey mud. There were no faces visible, they all had masks, bubbles or scarves over them. It was a safe bet there were no happy smiles on any of them. “I see the end of the line, Rosie. We’d better get back on our bikes.” Jim left the roadside edge to walk back to his bike. Sucking up my courage, I took one last look at what we were getting into. “I guess if they could get up here we should oughta be able to get down, eh?” I gave Jim a smacker then reluctantly turned to Lil’ Red. It was our turn to brave that muddy stretch of Hell. Our engines started with a roar that was soon tamed to a protesting rumble as we began the slippery descent off the Rockies. The further down we went the more I appreciated what those coming uphill had endured. Our top speed was not more than seven miles an hour, which was pretty darn fast in spots. Most of the road was traversed at less than five miles an hour. One place, in particular, was its own kind of nightmare. We were greeted by a rock slide on the cliff side of the road, a wash out on the canyon side and a nice, snug corner that to this day I can’t believe some of those big motor homes made it around in one piece. The one directly in front of us didn’t clear much more than an inch on either side. His outside duel wheel was hanging over the edge. I hope the road doesn’t give way under that guy. I held my breath while he squeaked around the corner. We rode down more than twenty miles of that unadulterated Hell before breaking out onto pavement. Oh what a glorious feeling that was to have something stable under our wheels. 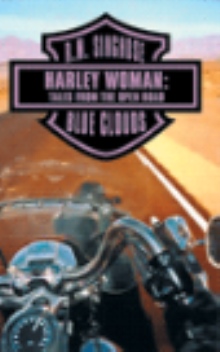 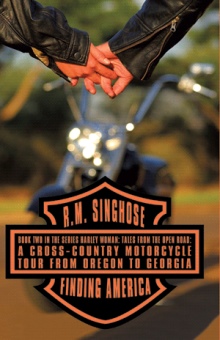 Deep in the Great Smoky Mountains between Tennessee and North Carolina, there is a road that is a legend among motorcyclists. This road contains an eleven-mile stretch of some of the most incredible curves in the United States: three hundred eighteen curves, to be exact. Three hundred eighteen breathtaking, eyeball bugging, white knuckle, hairpin curves. Of course, the best way to ride this road is at a fast pace, taking the curves on the wrong side, dodging the traffic coming to meet you. Tail of the Dragon is a true story of the author’s journey on her Harley-Davidson, riding alongside her husband from Oregon to the Great Smoky Mountains, finally encountering the infamous “Tail of the Dragon.” As the fourth book in the series Harley Woman: Tales from the Open Road, this is a fascinating memoir that will delight armchair travelers and motorcycle enthusiasts everywhere.

R.M. Singhose was first introduced to the Harley-Davidson culture in 1966. Her husband, Jim, began riding in 1952. Since retirement they have ridden over 100,000 miles across North America, camping and meeting fascinating people. Everything in her books is based on her daily road journal. She likes to say, “These stories are so crazy, I couldn’t make them up if I tried.”