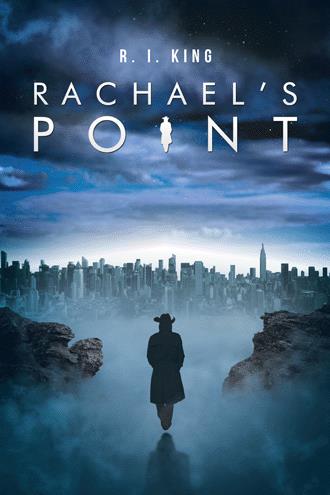 Dusk was upon them as the two men arrived at Benshoff Cemetery, which was outside of Rachael’s Point. It sat on a hill above the city and was very well kept by funds from the city and its one groundskeeper. The gravesites were kept clean free of trash and debris. The lawn was immaculate, the headstones were easy to read, and the map at the entrance clearly showed directions to each section of the cemetery. The only problem was there was no lighting in the cemetery; once it got dark, it was almost impossible to find a grave. The only light would be in the groundskeeper’s office, which was at the southeast corner of the cemetery. The cemetery had been started by the Benshoff family, who’d settle there in the 1800s. The first to be buried on the plot of land was David Benshoff in 1834. It was initially a family plot, but as the population grew due to the railroad and steel companies moving to the city, more area was needed for those who were dying. The Benshoff family began selling plots for thirty-four dollars. The selling pitch was, “Keep watch over the city you lived and worked in.” “Let’s hurry up so we can get out of here before it gets dark,” Ronnie said. “Afraid?” Rod teased. “No, but there are no lights here, and I want to make sure that we could find the grave.” When they reached Mrs. Alice Parker’s grave, Rod felt overwhelmed. There arose a deep hurt inside of him, and he was not able to hold back his tears. “You should have told me,” he said, pulling away from Ronnie. “I’m sorry.” “Where is Darlene’s marker?” Ronnie pretended to be hard of hearing. “Whose marker?” “Darlene Poulardi. Remember her? “Rod, you really want to go to her marker? You just fell apart at Mom’s grave. “I loved your mom. She was like a mother to me. As for Darlene, I did not love or like her. You remember telling the grand jury that?” “You know that was Dobie’s idea!” “Take me to the grave.” At the marker, Rod read, “Darlene, in hopes of your return.” He looked intently at Ronnie. “Whose idea was it to have a grave marker when her body was never found?” “Mr. O’Connor. He felt that it would bring closure to the matter. He got the city to agree to pay eight hundred thousand to the Poulardis as well, and he convinced the police to stop the investigation. He also talked the Poulardis into the construction of a gravesite. Darlene’s family insisted that their daughter’s burial place be marked in this way, with words that expressed their hope that she would one day return to them.” As the two men turned to leave, they were startled by a male figure who had come up from behind them. “Whoa!” Ronnie said at the same time Rod was about to land the intruder a lethal blow. He caught himself when he recognized Craig Newman, sole caretaker of Benshoff Cemetery for the last two decades. Newman was probably in his seventies. While looking at Rod, Newman asked, “Why did you come back? Is it your turn to … is it your turn to appear dead and not die?

Rod Strickland hasn’t been home in twenty-four years. He has been invited back to Rachael’s Point to speak at a convention about angels. But as soon as he arrives, he suspects the situation isn’t right. Three people are dead, and there are no suspects. Rod was very close to two of the deceased, so his homecoming is anything but happy.

The convention is being held on the twenty-fourth anniversary of the murder of Darlene Poulardi—the young beauty Rod was once accused of killing before he left town. He’s beginning to wonder if this is a coincidence, especially as he meets with his supposed best friends who turned on him all those years ago. Then, there’s Amy.

Rod thinks she is some kind of protector or angel, sent to Rachael’s Point to help him battle whatever darkness has overtaken the people of his hometown. Rachael’s Point, the site of so many sins could be Rod and Amy’s last stand, as it seems a demon has come to visit—and plans to stay.

Richard I. King is the creator of three television shows, a former teacher, and a mentor to pastors and ministers across the country. Known as a motivator, creative thinker, and man of faith, he loves to share the beauty of God in the world. He has been married for twenty-five years and is blessed with two wonderful daughters.