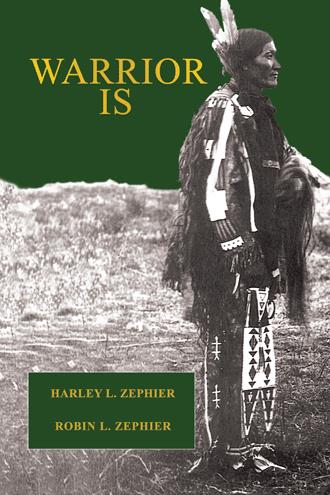 The Lakota Warrior Who Killed Custer Mato Niyanpi, Saved By Bear, is called upon by his relatives, and Creator, to perform an act of commitment and courage in the Greasy Grass Battle at the Little Bighorn in Montana, on June 25, 1876. He has a face-to-face confrontation with Custer on Last Stand Hill. Mato Niyanpi is the proud Mnincoju Lakota warrior who killed Lt. Col. George A. Custer. In the taking of his human presence from Unci Maka, Mato Niyanpi became, and continues to be, the Spirit Keeper of Custer. Creator called this union for our future together as human beings, living in peace, unity, tolerance and love. This story is based on the life of Mato Niyanpi and his true personal experiences told as family oral history passed down through the generations of his lineal descendants. WARRIOR IS offers an indigenous perspective of the spiritual journey of this human being, and the life of the Lakota during the changing times. It encompasses information never revealed publicly to anyone outside of the immediate family for the past 141 years. WARRIOR IS narrates the events from creation times to weeks after the Greasy Grass Battle, the summer of 1876. Mato Niyanpi’s great grandsons, Harley L. Zephier and Robin L. Zephier, Mnincoju Lakota tribal members, tell the story of their great-grandfather. The practice and belief of this proven civilization is portrayed and described in every facet of the peoples’ existence. The life purpose of co-existence and respect for all the families of Unci Maka, Grandmother Earth, is the gift and intent of Creator.

Harley L. Zephier and Robin L. Zephier, brothers, are great-grandsons of Mato Niyanpi/Saved By Bear and are members of the Mnincoju Lakota people. Both live in South Dakota.