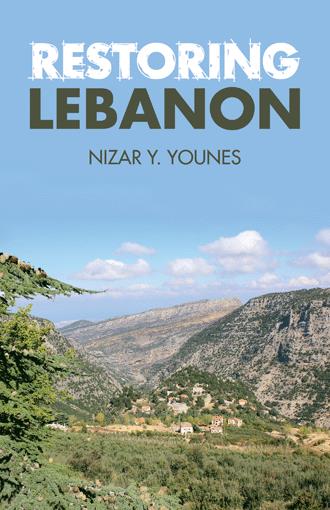 We claim to live in a democratic republic that is supposed to guarantee its religious communities equality of rights, duties, and opportunities as the foundation of its democratic system. Yet we avoid asking the confusing questions which have no answers in the absence of a reference covenant providing a vital frame as a condition for living together. The willful disregard of, and confusion surrounding, such questions is the origin of the disorder of the communitarian system and the direct cause of its failure. These questions we shun asking are: Who are the contracting parties forming the base of a democracy in the communitarian system? Are they the religious authorities belonging to the 18 different recognized religious groups in Lebanon? What is the legal definition of a confessional community? What norms has the sectarian system adopted to ensure equality between the sectarian communities? How large is the power share of each community? How can conflict over power shares be avoided when the size of that share is unspecified and cannot be specified as long as the balances of power are constantly shifting, resulting in inevitable disputes over shares? If the religious community is the basis of the democratic edifice, then who will represent it? Its spiritual leaders or its influential politicians? What is the mechanism for choosing the representatives of the community? What is the means of avoiding conflict between competing leaders within it? How is it possible to avoid corrupting the religious spirituality of the community and distorting its cultural spiritual message and drowning it in egotistic, clientelistic leadership, and demagogic conflicts? All of these questions have no answers and lead to yet another question: If religious communities are the basis of the democratic edifice, they will represent their members, and act on behalf of them, in their relations with the authorities. Can we then complain that citizens have a weak sense of citizenship? How does modern political science define citizen? Is one a citizen of a state or of a religious community? What is the legal definition of a citizen in the political sectarian system? The confusion between the citizen and his religious community inevitably corrupts democracy. It is obviously impossible to create a democratic political system, if citizens are not the foundation of this democracy. Nor can a democracy be created, if the concerned state does not have an authoritative covenant that embodies its own values and safeguards the right of citizens to equality and equal opportunity regardless of sectarian identity and affiliation, and of the obligation to preserve the natural right for religious groups to difference and protection and liberty. Obviously, the right of individuals and national minorities to equality and equal opportunity is considered a constituent of public order, which in the hierarchy of legal norms takes precedence over the principle of sovereignty of the people and the opinion of the majority or the minority. The Lebanese political establishment has no answer to these questions, not because it is ignorant or lacks insight, but because it is corrupt and has clung selfishly to the sectarian quota system under which the country is divided up among the religious communities’ prominent leaderships. Sectarianism became more fiercely entrenched during the period between the establishment of the State of Greater Lebanon in 1920 and the 1989 Taif Agreement. Moreover, its devastating effect has only increased since the conclusion of the Taif Agreement, which has largely remained ink on paper. Where is the answer? The Lebanese believed that the state selected to exercise the mandate on their devastated and starved country following the end of World War I, embodied the values of modernity. They expected that these values would be incorporated in the constitution of the emerging Lebanese state. They believed the mandate authority was keen on harmonizing the new state with the spiritual and moral values of the Lebanese people, and with Lebanon’s cultural heritage, as the country sought modernity a humanitarian identity to liberate it from its obscurant Ottoman legacy. With the declaration of the constitution in 1926, the locomotive of the Republic left the station going in the opposite direction away from modernity. The secular Republic that embraced the intellectual renaissance launched by the Lebanese in the Middle East was replaced by a Republic dedicated to what consolidates dividing up the country among religious communities in a throwback to before the French Revolution, and before there were nations or citizenship. True, the constitution recognized the “temporary nature” of the confessional political system. Moreover, it is unlikely that Michel Chiha, the Chairman of the Committee that drafted the constitution, was aware that this system would become a destructive, cardinal sin that would stay with us as long as we were unable to free ourselves from sectarian illusions and impulses, and to liberate our decision-making from the hegemony of sectarian leaders desperate to defend the spoils provided by the confessional apportionment system, which continues to happily reign. The declaration of the clinical death of the confessional apportionment system at the Taif conference was an illusion. This confessional system reemerged in the garb of the so called “consensus democracy.” It continues to seek legitimacy in order to justify its complete disregard of the Taif Agreement. It has used the current growth of Jihadist extremism to arouse fears and apprehensions and to rehabilitate the sectarian ideology and illusory claims that confessionalism – which is a failed, corrupt system – best protects the religious communities’ rights, which are vulnerable to diminishment or encroachment. The very political establishment that had inflamed discord and had repeatedly changed hands as the various parties sought to eliminate each other, had the gall to claim that it could remake itself and reclaim legitimacy as the protector of sectarian minorities. The mass madness which swept through Lebanese society during the 1975-1990 Civil War was less an expression of latent sectarian hatred than of the suppressed existential anxiety of individuals in dealing with their unfair marginalization and feelings of exclusion under an impotent professional political establishment

Lebanon is a Middle Eastern country that has been inhabited for more than six thousand years, and today it has a population of four million with over eighteen different religious sects, many of which are Muslim or Christian. The country, however, is in an incessant struggle to institutionalize democracy in its most humane form, whereby everyone is included and democracy is neither the rule of the majority nor a political lobbying arena. Yet how can the people of Lebanon realize their vision of democracy in the face of religious sectarianism and the political system of confessionalism? In Restoring Lebanon, author, economist, and political theorist Nizar Y. Younes explores the problems inherent to the confessional system of government—a form of government where every religious community secures some portion of the state—and argues instead how this partitioning of government practically results in the disintegration of the state and eradicates any notion of citizenship. In addition to digging further into the root of the barriers to institutionalism and development in Lebanon, Restoring Lebanon offers a roadmap for reform at the political, economic, and cultural levels—a reform geared toward creating a Lebanon that meets the aspirations of the Lebanese people. Lebanon needs a fair, clear social contract—one that frees the Lebanese from the prison of sectarian confessionalism. A contract by the Lebanese and for the Lebanese can create the country we deserve—one that represents Lebanon’s spirit, culture, and freedom.

Nizar Y. Younes is the author of five books on Lebanese politics. With a profound exposure to Lebanon’s socioeconomic structure and its main players, he is both a dreamer and an actor deeply involved in Lebanon’s everyday life concerns and activities. Nizar is also an economist, engineer, entrepreneur, political activist, and agriculturalist, and he is focused on democracy, development, and liberty in Lebanon.