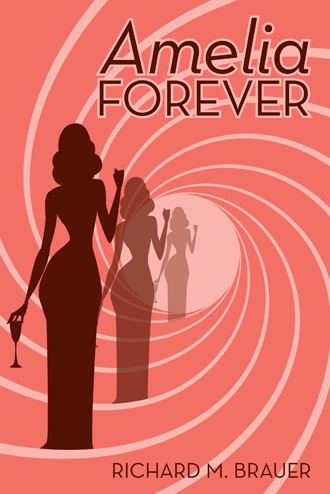 “You’re paying for all the whiskey anyone can drink?”

“ “Yeah.” He glanced at the crowd and grinned at her. “I owe this place something. It’s been my offi ce outside the station for a couple years.”

“Jesus H. Christ,” Kansah said softly, catching sight of the pool table. A plastic sheet covered the table on which a buffet of salads, sandwiches and desserts was spread. A man wearing an apron replaced platters as they were emptied, adding more food from coolers against the wall.

“I can afford it.” Withers picked up a shot glass and poured it into his beer. “Have a drink.” He looked up at the big man.

“Truck, get the lady a beer and a bottle of JD.”

“Who the hell is the pug ugly?” She watched the giant make his way toward the bar, shoving people out of the way.

“That’s Leonard P. Hankins, but everyone calls him Truck.”

Withers drank, set the stein down and looked at her. “Ex-convict, biker, and wrestler. He’s working for me tonight.”

The hooker had hovered in the crowd until Truck left Withers’ table. Now she came across the room.

“Hi Libby.” Withers reached into his shirt pocket and drew out several bills. “Here, go have a drink and a bite to eat.” Kansah could see the money was in hundred dollar bills.

“Thanks Honey,” she glanced over her shoulder at Truck coming back from the bar. “I mean Mister Withers. If you ever need anything, I’m available. Anytime? You know what I mean?”

She scurried away as Truck approached.

The big man set a stein of beer, bottle of whiskey and a shot glass in front of Kansah then took his place beside Withers’ chair.

“You’re a regular God damn king, aren’t you?” Kansah shouted over the uproar.

“Drink.” He picked up his beer stein. “Hungry?”

She shook her head, poured, and downed a shot followed with a swallow of beer.

Withers drained his glass, rose, and motioned to her. “Come on.” He laid a hand on Truck’s arm. “I’ll be in my offi ce.” He went back to the men’s room followed by Kansah with the giant lumbering along behind. When Withers and Kansah went into the men’s room, Truck pulled the door shut and stood outside. Withers checked the stalls to make sure they were alone.

“About the only place I don’t have to shout,” Withers said. “I wanted to talk about a job.”

“A job?” Kansah laughed. “You’re having second thoughts about leaving the force?”

“I know you well enough. I’m going to open a private investigations agency. I want you to join me.”

“I already got a career. Why would I throw it away to work with you?” She leaned against the door, studying him. “Why me?”

“You’re the same as me. Driven by a desire to fix what’s wrong with this crappy life.”

“I don’t know.” She shook her head. “I got a chance at a careerwith the force if I don’t screw it up.”

“I can cut you in as a partner. You’ll make more money in a month than you can in a year working as a cop.”

“I don’t know.” She looked at him dubiously. “What kind of cases are you thinking about? Chasing cheating husbands and wives?”

“That won’t pay anything.”

“I don’t need money.” He turned, walked to the wall and back.

“The lottery win was forty-five million. After taxes I got over thirty million. I’ll write you a check for five million the day you quit the force and come work with me. Call it a hiring bonus. You’ll get a regular salary, full health coverage and a car.”

“Where would we work out of? I mean, are you going to open an office?”

“Yeah, I plan to. After tracking down Amelia and putting her behind bars, we’ll hire a receptionist to sit on the phone and relay information.”

“Can I think about this?”

“You bet,” he said, reaching for the door. “You can contact me through Burke. Call anytime and they’ll get word to me. Now, let’s go have a drink.”

The following Monday Kansah called the bar, leaving a two word message; ‘I’m in’. She presented her resignation to Lieutenant Horne and watched him turn purple with rage.

“What the hell is happening to my cops?” he shouted. “Why the hell are you quitting?”

“I got a better offer.” She smiled sweetly and walked out.

Checking in at the Southern Cross, she found Withers at his corner table with a beer and shot glass in front of him. The patronage was back to normal, so she figured the party must be over.

“Get my message?” She sat across from him and waved to Burke for a beer.

“Yeah.” He nodded, reached in his shirt pocket and slid a check across the table.

“God damn.” She looked at the figures on the check. “You weren’t kidding.”

“I never kid. Let’s go downtown and pick up our PI licenses.”

“What about the test?” Kansah nodded her thanks to Burkeas he set a beer on the table.

“I already checked with the bureau.” Withers shook his head.

“One of the clerks is a friend of mine. Since we’re trained police offi cers, the test is waived.” He reached into a briefcase beside his chair and drew out a sheath of papers. “Here. I need your signature on these.”

“What am I signing?”

“Our new private investigating agency.” He handed her a pen.

“We are now DJ Investigations.”

“What’s the DJ stand for?” She read through a sheet and started on the next one.

“Our initials; D for David and J for Jacana.” He poured the contents of a shot glass into the beer and drank off half. “Unless you have objections.”

Kansah signed the documents. “No, I’ve no objections. In fact, I want to thank you for taking me on sight alone. I’ll do my best to live up to your expectations. One thing though.”

“I’m not sleeping with you.”

“Never expected you to.” He dropped the papers in his brief case and stood. “Let’s go pick up our PI licenses. I want to get started.”

“Hi David,” the clerk at the licensing bureau called as Withers and Kansah came through the door.

“Really peachy.” She ignored Kansah. “After I got your call yesterday I checked with PD. You really did quit the force, didn’t you?”

“That’s right. This lady and I want PI licenses.” 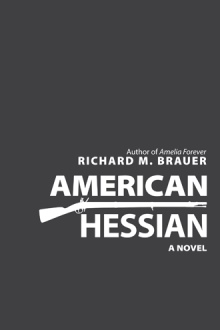 Detective David Withers is called in to investigate a routine case of bathtub drowning. The deceased is James Armstrong, married to a much younger wife, Amelia. As soon as Withers arrives on the scene, he feels something’s not quite right. Maybe this drowning wasn’t an accident. It might just be murder, and somehow, Amelia is involved.

Withers digs into Amelia’s past as well as doing his best to learn a little about James Armstrong’s son, George. The deeper he digs, the stranger things get, especially when his own father tells him about a case in 1975 involving a drowned man named James with a wife named Amelia. Stranger still, the Amelia from 1975 looks just like Wither’s suspect.

Soon, Withers is convinced Amelia Armstrong is a cold-blooded, devious woman whose personal history is so bizarre, he finds it difficult to believe. Is it possible for Amelia to be the daughter of the previous Amelia, or is the woman somehow impervious to age? Following leads, Withers realizes the impossible is certainly possible if he accepts what he sees.

Richard M. Brauer was born and raised in Boise, Idaho. He served twenty-two years in the Military Intelligence Corp of the United States Army. After retiring from the military, he spent twenty years at the Boeing Company in Seattle, Washington. Richard and his wife, Barbara, now live in Kenai, Arkansas, with his son and daughter-in-law.