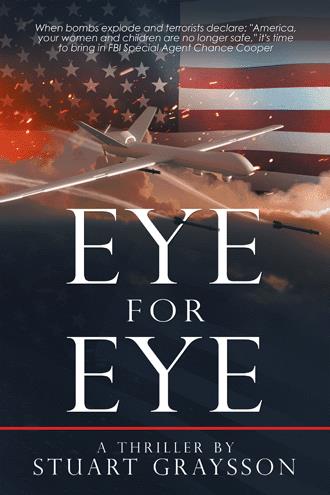 Sitting in the parking lot watching as customers entered and exited the busy grocery store he noticed a white Honda Odyssey park a few stalls down. The driver, a female in her late twenties placed a young girl into the seat of a grocery cart and struggled with getting a boy, a little older, out of the van. The man smiled. I wonder if it’s going to be them. They would be perfect. “Come on,” the mother said to her ten-year-old son. “We just need to grab a few things.” Her son grumbled not looking up from his phone. “I could really use your help,” she said in a pleading tone. “Okay, okay,” he, said. “I’m coming.” The mother pushed the grocery cart with her daughter, age four, in the child seat. She looked back and saw him playing on his phone as he walked behind her. His father should never have gotten that damned cell phone, she thought in frustration. They entered the grocery store and rushing down the aisle, the mother read off the grocery list. “Grab two gallons of milk, we need eggs . . .” “How many?” “Get the bigger one.” He dropped the egg carton into the cart none too gently. “Watch it, those might break if you’re not careful,” his mother complained. The boy rolled his eyes. “And a loaf of bread . . .” As the boy grabbed the bread off the shelf the explosive device inside the loaf exploded killing him instantly. The force of the blast sent his mother flying backward like a rag doll slamming her into the shelves on the opposite side of the isle. As the acrid smoke settled, the last thing she saw was her daughter sitting very still in the grocery cart with her head tilted to one side, with a blank stare on her face and blood seeping from her ear.

When a string of grocery store explosions terrorizing the nation goes unsolved, FBI special agent and counterterrorism expert Chance Cooper is pulled back into service after an extended absence and tasked with stopping the bomber at all costs. After all, it’s what Chance does best: tracking and capturing monsters. Just as Chance and his team begin the investigation, a biological attack indiscriminately kills hundreds of unsuspecting Americans. When Chance discovers the attacks are related, he realizes that a new and cunning generation of terrorists has emerged in the United States, intent on crippling the economy and bringing the nation to its knees. Now Chance faces the harrowing task of hunting down the terrorists, all while attempting to stay alive in the process. Will he manage to stop them before they strike again or will he remain one step behind a devastating plot with the power to bring down the United States and the American people? In this suspense-filled thriller, a seasoned FBI agent and his team must battle a terrorist group preparing to instigate an evil plan on innocent Americans.

Stuart Graysson is a retired government service employee who spends his time following world events and researching the development of terrorist and anti-government groups. Eye for Eye is the first of a four-book series based on actual scenarios, threat assessments, current technology, and other resources. Graysson currently resides with his wife in Orem, Utah.