Memories from Our Honored WWII Soldiers 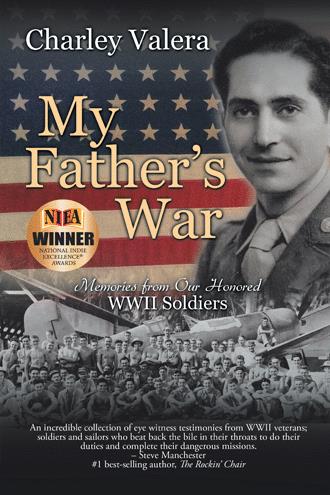 Frechette, of course being the only French speaking soldier, had been told a secret by the little girl. “The barn behind them had German soldiers in it!” There were only the three of them at this time together—the Captain, Sergeant and Corporal Frechette—and they were pretty concerned about this situation unfolding. The Captain had a couple grenades and a sidearm pistol, the First Sergeant had a carbine rifle and Frechette had a sub machine gun. The barn was located next to a hilly bank and Frechette was ordered to climb it to overlook the doorway. The nervous Captain threw one of his grenades at the barn, but it landed just short of the door. The captain and sergeant went to the door and nervously watched as the door swung open and a German soldier came out waving a white flag of surrender. Behind him, there were a line of armed German soldiers walking out with their hands up; there were over thirty soldiers in total in that barn, all marching out to surrender. This was the first time they had seen the enemy face-to-face; they were scared and quite outnumbered. “If I’d had to pull the trigger, I don't think I would have been able to,” he recalled about his first encounter. “I was shaking so hard…I've never been so afraid in my life. The first German soldier I went up to, with my gun pointing at him…he had a machine gun too. I grabbed his gun and he put his hands up. That’s when about 30 more Germans followed him out. This was our first contact with German soldiers and I was never so scared in my whole life.” With shaking hands and more courage than he ever thought he possessed, Frechette reached over and took the firearm from the enemy. Seventy-years later, he still owns that exact weapon, given to his son Gary many years after the event. The Nazi’s were tired of fighting. Who knows how long they had been in that barn, what they might have had to eat, drink and endure. The Captain had Frechette get in the jeep to go get some troop support. Frechette smiled when talking how his “legs were shaking and he could barely drive the jeep.” 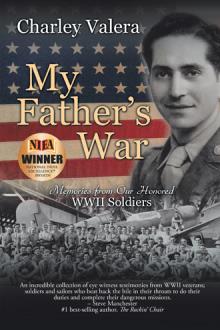 Author Charley Valera’s own father had spent almost four years fighting during WWII and lived out the rest of his life “without a story to tell” to his four sons. To learn more about what it was like for his father and those that served, Valera conducted heartfelt interviews with WWII veterans from both theaters of war and all branches of service. He brings the reader into the battlefield, aircraft, destroyer and marching through the countrysides. These are the stories that hadn’t been discussed in decades. Within these pages are their personal photos and memories of which many of us can call My Father’s War.

Charley Valera has always had a fascination with WWII and its effects on those that served. Many of our fathers were WWII veterans, and we didn’t ask about their war experiences - and they kept them to themselves. Within these pages lie many glimpses into their daily lives, answering questions we didn’t ask, and for many of us, it’s too late. Charley has been featured on NBC/NECN and national radio shows coast to coast. His writings and presentations have been featured in USA Today Magazine, Battle of the Bulge Magazine, Aircraft Owners and Pilots Association and various media, organizations and newspapers. A licensed commercial pilot, Realtor, author and public speaker, he and his wife reside in SW Florida. Many of the interviews, videos and other photos are available at www.charleyvalera.com.