A Place near the Front 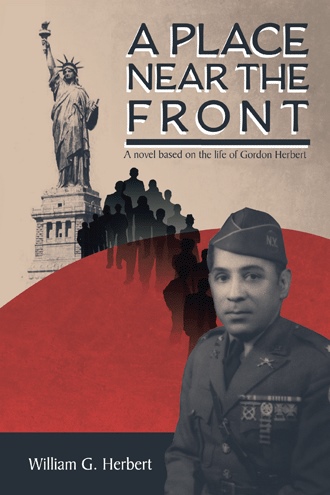 "It is an exciting novel, and it both entertains and prompts introspection and reflection upon what it means to be an American." ~ Forward Reviews - May, 2016

"A thoughtful reflection on race and ambition in America." ~ Kirkus Reviews - May, 2016

William Herbert, known to everyone by his middle name, Gordon, grows up in Trinidad dreaming of bigger things, and takes a job aboard the SS Mariposa in January, 1915. He spends grueling nights shoveling coal in the boiler room, but takes pleasure in the work. The ship has electric lights, modern plumbing, radio, navigation devices, and comfortable passenger staterooms; it is a floating symbol of all that is modern in the twentieth century.

Craving this newness and the opportunity to make his mark on the world, he jumps ship in New York City even though he could be deported. He slips into the streets of Harlem and ultimately makes his way to the trenches of World War I, where he becomes a second lieutenant with the Buffalo Soldiers as he seeks his rightful place in America.

Whether it's dealing with the mob that's chasing him through the dangerous streets of New York's Hell's Kitchen, battling German soldiers, or facing his most insidious enemy, his own military commanders who resent black officers, Gordon never stops reaching for his dreams in A Place near the Front.

William G. Herbert, a native of Harlem who was raised in Brooklyn and South Jamaica, New York, is a computer scientist who works in the automotive industry. He has indulged a long-standing love of writing with a side career in travel writing, and A Place near the Front is his first novel. He lives in the Detroit area.