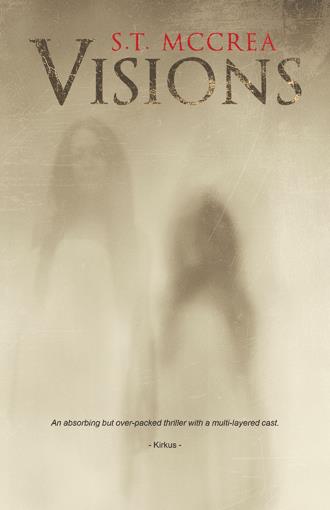 He brought pain. In the pain was darkness - but in the darkness was the child. "Don't be frightened," Sara whispered, closing her eyes and clinging to the drapes for balance. "I'm here." She sank into the void, grasping the child's essence - becoming the frightened little boy in the arms of a madman. Her nose twitched with the musty odor of damp hemp. She jerked with the uneven gait of the man who held her. Movement stopped. Vertigo, nausea swept over her. She was being lowered into something. Sara tasted fear - it's metallic tang coated her throat, clung to her nostrils. How much time did she have? "Let's play." The vision shattered, the child dissolved.

Sara Allbrooke is blessed with an inherited gift. She possesses the ability to link with lost or kidnapped children and locate them. To Sara, though, the gift is more like a curse. Once a child in peril sends a mental cry for help, Sara becomes the child, feeling and enduring all they experience. For six months, St. Mary’s School in Milford, Connecticut, has been the target of a kidnapper. He abducts children, puts them in harm’s way, and forces Sara to play a game to save their lives. Retired Navajo detective, Samuel Hawk, has come to Milford at the request of the Hopi. They are seeking to locate “the chosen ones” who will lead their people through the end of times, and as a psychic, Sara is high on that list. Samuel joins forces with the Milford Police when he realizes that the kidnappings are identical to ones that occurred on the reservation four years earlier. He aligns with Sara and her husband in an effort to make her realize her gift is not a curse. However, no one—not even Samuel—is prepared for the extremes the kidnapper will use to “balance the books” of life.

S.T. McCrea holds a bachelor’s degree in history. A retired world traveler, she lives on a small Colorado ranch. She shares her love of writing with her retired Navy Veteran daughter, five horses, two dogs, three cats and one burro. This is her first book.