The Rise and Fall of Scios 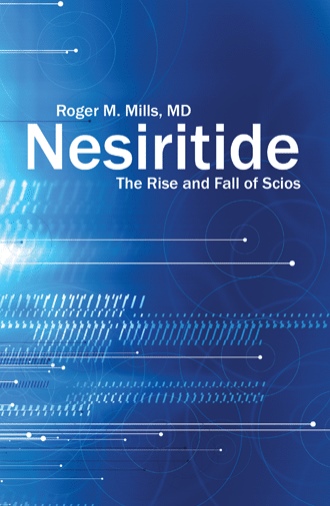 The Scios campus on Paseo Padre Parkway in Fremont, California, consisted of four simple rectangular buildings with tall, darkened glass windows and rounded corners. The buildings surrounded a central plaza where, for most of the year, employees gathered for lunch outside. Toward the parking lot sat the beach-volleyball court and the dog-exercise area. (You have to love California!) Next to the buildings, a large area of as-yet-undeveloped open land ran north and east. Across the parkway to the west lay open marshland, a bird sanctuary, and then the waters of San Francisco Bay. In the morning, the parking areas were often covered in a cool, damp fog, and in the afternoon, the wind off the water carried a rich marine smell.

My first boss, Randall Kaye, left the company after the Braunwald panel events; in the crisis, I was promoted to vice president of medical affairs. It was a “battlefield promotion” if ever there was one.

I had moved into Randall’s former office on the northwest corner on the second floor. It was the nicest setting in which I have ever worked. I looked out on the open land. Hawks perched along the telephone line and preyed on the ground squirrels in the field below.

“This remarkably insightful book gives true meaning to the apocryphal moan from the pharmaceutical CEO as he traveled home after an FDA slap down: ‘Drug development ain’t for sissies’.” Peter Kowey, MD, author of LETHAL RHYTHM, DEADLY RHYTHM and THE EMPTY NET

When Roger Mills, a medical school professor, made a late-career move from academic cardiology to the pharmaceutical industry, he had no idea what the next decade would bring. At the University of Florida in the late 1990s, he had been a clinical investigator in a phase 2 trial studying the dosing and efficacy of nesiritide, which Scios Inc. was attempting to bring to the market. He joined the company in 2005, and soon became its vice president for medical affairs.

Nesiritide was the biotechnology company’s only product in clinical development, and after a stunning turn of events at a Food and Drug Administration meeting in 1999, company president Dick Brewer had to use all his smarts to keep the company together and reverse its fortunes.

Johnson & Johnson would eventually acquire the company in 2003 for $2.4 billion, but then found it would have to decide how to deal with safety concerns raised about the drug after two scientific publications claimed it could cause kidney failure and death.

Get a revealing look at what it really takes to develop and introduce a drug to market and all the things that can go wrong in Nesiritide.

Roger M. Mills, M.D. is a graduate of Amherst College and the University of Pennsylvania medical school. After completing his medical residency, he served in the U.S. Navy before beginning a thirty-year career in academic clinical cardiology. He joined Scios Inc., a Johnson & Johnson operating company, in 2005 and later moved to J&J's Janssen Research and Development, LLC. He retired after a 10 year career with J&J, and now lives in Dexter, Michigan, with his wife, Katherine, and their Labrador retriever, Posie.