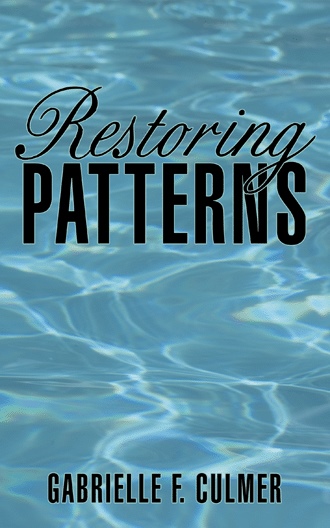 Kascey, an assistant designer, had a full task: it was fashion week, and she was in the city of bright lights. The designer studio was near Bryant Park; it was close enough, and she could feel the excitement of the day pulsating through her.

Vasquez Lake was the head of the corporation; it was his line and his ideas. She repeated his creations for him, and it was remarkable how creative he was. He was already at the show with sixteen models in his camp, and the fast pace and energy electrified the stage with his couture. Kascey was only a few moments away, and she was carrying the orders for lunch—if anyone would have any. Where is the office assistant on days like today? Obviously doing other chores, she thought hastily.

Moda, the new face of the winter season, was on their team; the women had become closer after many days of preparation. It began with a fabric puncture, and then trust had been established.

This season, it was all red, white, cream, and black. Everything was full of basic tones, asymmetrical, and almost retro to the eighties. That decade was vaguely in her memory; now at the bright age of thirty-two, but it was a fabulous time for Vasquez.

Vasquez was extremely talented and a native of the city. The industry was all that he knew. He trained at the top design school in the city and in the fashion district in Paris. He contained the knowledge which anyone would yearn: which fabrics were appropriate, the linings, and the contours. It was his entire world. Kascey had worked for him for five years and was exposed to the cutting edge of the industry. The studio was appropriately based on the outskirts of the Garment District; the bargain hunters looking for fabric, buttons, and beading were enchanting to the youthful apprentice’s eye and the source of all fashion creativity.

Kascey had fashion and style in her constitution. She was the daughter of a former town seamstress and dressmaker, Mabel Kann, who started her own manufacturing and retail-clothing factory. Mabel had learned how to stitch at an early age by using the most difficult of fabrics and the most sophisticated styles of stitching. Kascey benefitted from this background; she was elegant, narrow, and tiny in stature so that the clothes hung off her as if she was a model who had been raised in Paris or Milan. This week they have New York, next week they have London, and the following week they have Paris Fashion Week; their travel plans were entirely organized. She trotted in her stilettos to the show, overloaded with bags for the group and everything they had forgotten.

Vasquez trusted her with his world; he saw her as talented, reliable, and serious about the craft. She was his protégé. Her beige, Fifth Avenue–bought coat swayed as her elegant black dress slightly emerged from underneath as she walked. She was trained in the old school with knowledge of fashion, which came naturally and from being raised in the industry. Her history of seamstresses and couturiers in her background dated back to the flapper era when a few would sew for aristocrats or socialites in some far off international jurisdiction. It was a world far from hers now and her abode in Greenwich Village.

She was stuck at the crossway at Thirty-Eighth and Sixth and was almost there. Finally, she approached the entrance to the venue, showed her pass, and waltzed in confidently as if she did it every day. In fact, one could say that she basically did, and this was no exception. However, she was essentially late.

“Ah, Kascey, you are here,” Vasquez said. “Fabulous. I am famished. Thanks for bringing this on your way, I am on a special diet. Set that down over here. I will let Mari handle it. Get the dresses from the racks and start assigning them for the show. I want the beige and red for Moda. Moda, please come over here. Kascey, please pass this to her,” ordered Vasquez relieved to see her.

Kascey looked over to see Moda in the front of the stylist having her face made up for the show. Moda looked in Kascey’s direction with a still palette of a face. Kascey had seen the blank look before and understood that Moda Riche had already transformed herself into her model character. “Here, this is for Moda,” she said as she passed the veggie wrap to Mari. “Thanks,” Moda murmured, hardly able to move. Her hair was halfway twisted up with the other half bone straight. Moda was from France and extremely experienced. She was also at least six inches taller than Kascey at a towering five foot eleven inches.

Moda was famished and could not wait to savor some chocolate from her valentine, which was on her mantelpiece at her apartment in Chelsea. She managed to devour a few bites of the wrap. It was already half an hour until the next segment, and she just needed enough nourishment to concentrate. Now ready for her part, the red and beige ensemble draped her stately figure as she scrunched her feet into her black heels and practiced her movements. Sometimes it has to hurt to look good, she thought as they were evidently a size too small. Her practice was not necessary, but it was habitual for her. It made her unique and professional at the same time; she got into gear mentally and physically at the admiration of others. Vasquez was on cloud nine from the hype of the show as he greeted the other designers and models who shared the room. It was the first of the shows, and they would have repeat sessions in Europe over the coming weeks.

Kascey immediately continued concentrating on the selection with Vasquez. She had her mending kit ready in case something would tear. Kascey was all booked and was confident that her significant other understood from past years. He was a stockbroker who lived downtown. New housing had developed, and he had a bright penthouse apartment overlooking the Hudson, with gaping windows. He was dedicated to his trade and mixed the success of his field with the glamorous life of Kascey.

Kascey Kann is a focused, cutting-edge fashion designer ready to take New York City by storm. She is in the process of breaking away from her current employer and starting her own clothing line. Meanwhile, her financier boyfriend, Grady Chisholm, is setting up a new IPO.

In the midst of their busy working lives in the city and global business commitments, Kascey and Grady find time for relaxing summers in Cape Cod and Monaco. What’s more, they are about to formalize their relationship through marriage. Life seems good. But when unexpected setbacks force them to reevaluate their working lives, they must start the process of rebuilding while turning to each other for support. As Kascey and Grady struggle to cling to their principles and triumph in their business endeavors, they rely on their relationship as the foundation for their lives. But are they on the road to success?

In this modern professional romance, a hardworking and enterprising couple provide encouragement to one another as they forge a path toward entrepreneurial achievement.

Gabrielle F. Culmer is a lawyer who holds degrees from universities in New York, Chicago, and the United Kingdom. She is also the author of three other novels—Arrive by Dusk, Damp Whisper, and A Matter of Keeping—and two collections of poetry: Glenely Bay and Nostalgia from Paris and Blue Streams to Paradise. She enjoys traveling to New York and Europe.