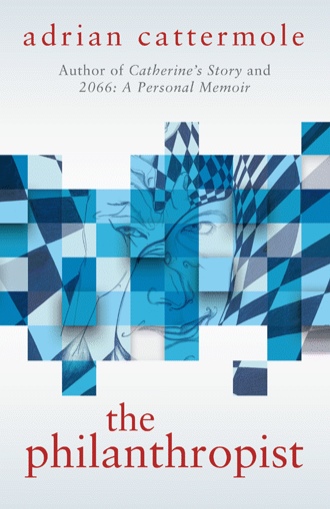 The Philanthropist or the person who would later transform himself into The Philanthropist was born in the very early nineteen-fifties, in a small town in Suffolk; even his birth, though I have seen his birth certificate, seems as lepidopterean as the man himself. He has trans-mutated so many times that even I find it hard to be certain. His true identity (and yes he was a man) hardly matters now, as he has been able to change his name many times, taking on and buying new identities when needed, and chameleon-like managing to blend in to his new background almost unnoticed. He is a different person entirely now from the one he was as a boy. But as a snail leaves a slimy trail behind and hides hoping no-one can see him safe in his shell, so despite his best efforts The Philanthropist too has left a very faint but smudgy trail. For those like me who knew where to look his beginnings were strangely ordinary. Remarkably he has managed to live quite outside the law and yet has appeared to conform wherever possible. Many times he has disappeared only to pop up in another guise, another name, another company, another country even. His secret is that he has never discussed his plans with anyone at all. Nobody was ever his confidante, no-one has ever guessed his true identity and nobody ever knew the extent of his wealth or where it all came from. But he did exist. I have found out that much, and yet the man himself keeps eluding me; it is as if the more I learn about him the less I know. His grand idea came upon him slowly, crystallising into an actual plan slowly as he limped from one persona to another. At times I have thought him to be the most unhappy of individuals but in fact as he looks back on a complex life and though he has practically ceased his philanthropic activities and rumour has it that he has simply run out of money, he has never been happier. Mission accomplished.

As a child the philanthropist was much like other children, no-one marked him out as in any way special. He was bright, clever without being brilliant, and for a while a diligent if unremarkable student. But something in him began to stir and about the time he was nine or ten he started to disobey. Not openly, but on the sly. He gained great satisfaction from getting away with things, and when nobody ever found out then even better. The fact that only he knew what he had done was the best feeling in the world, everyone else carried on oblivious to his actions – only he knew what he had achieved. He would steal fellow student’s notebooks (he was the class monitor and had the responsibility of collecting homework for teacher) and locking himself in the lavatory during break would meticulously cull all the best answers, being careful to subtly change the wording so no-one would find him out. He rose to the top of the class without appearing to be that clever at all. In fact he could have answered the questions himself but stealing his way to the top felt far more rewarding; a cleverer way of being clever, if you like.

He even became a real thief, but he never got caught because he never left the shop with the goods. He would take a chocolate bar from the sweet counter, sliding it into the sleeve of his school blazer, and while no-one was looking secrete it behind the birthday cards or in the ice-cream fridge, at the same time as removing a Choc-Ice and placing it still frozen but bound to cause a lovely mess in the coat pocket of some old lady who was busy deciding which biscuits to buy. He was quietly re-arranging the world around him, a habit he would return to time and time again. No-one knew he was in control, that it was he who was subtly changing the ordered world he was forced to live in. At home tins of spam were mysteriously found behind the washing soda under the sink, flower-pots kept turning themselves upside down in the shed, his father’s bike chain would come undone as soon as he put his foot on the pedal, and the lid of the toothpaste tin seemed to be welded shut (but I only used it myself this morning, father). And his parents did sometimes question him, in an offhand way, but his look of bemused innocence was so sincere that they never really suspected him (such a good boy) of such silly and unexplained misdemeanours. He was clever too, he never repeated a trick if questioned about it, they just became one-off mysteries; his parents even laughed about there being a ghost in the house. There was no ghost, no poltergeist at all - just a small boy who quietly rearranged things, but this secret perpetrator derived immense satisfaction from these tiny and some might think pointless acts of deception.

They call him “The Philanthropist,” but nobody knows his real name or his identity. Despite his mystique, one thing is for sure: he has a lot of money and uses it well, making surprise gifts to people in need at an alarming rate. The donations are good for the news, as is this modern day Robin Hood, but people still ask questions.

Why would he give away so much money anonymously? What does he get out of it? His gifts are always unannounced, but the recipients are never shy to make the gifts known, each seeking their own fifteen minutes of fame as the media would then descend. Everyone agrees: it’s a nice distraction from politics, war, and disease.

But who is The Philanthropist? How has he managed to keep his identity a secret for so long, and where has all this money come from? The questions are asked, but the hidden hero seems unlikely to make an appearance. This is the secret history of an elusive man, inspired—indeed, obsessed—with giving his money away.

Adrian Cattermole was born in Suffolk, England, and grew up in the fifties and sixties. He ran away from home and school at eighteen and headed to London, where he worked mostly in accounts. He is the author of Catherine’s Story and 2066: A Personal Memoir. Now retired, he spends most of his time in southwest France.