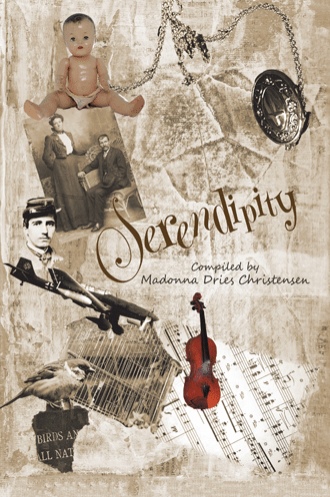 The melodious word serendipity was coined by the writer Horace Walpole in 1754, referencing serendip, an old term for what is now Sri Lanka. He based the word on the title of a fairy tale, The Three Princes of Serendip, in which the trio made discoveries by accident and sagacity while not in quest of such things.

When I conceived this anthology, Walpole’s definition was the concept I had in mind. I soon learned that if I limited myself to that single idea, I would not have a book; I’d have maybe a dozen stories. I needed to figure out what, beyond Walpole’s definition, constitutes serendipity. I needed to keep an open mind and begin a quest for a wider range of material. I decided to divide the book into three sections, using these definitions found online:

An unsought, unintended, unexpected, but fortunate discovery—
Looking for something specific; finding something better— Combined happenings which, coming together immediately or years apart, produce a good or welcome outcome—

Still, given any of these definitions, serendipity is difficult to determine. Running into a high school classmate on a gondola ride in Venice, Italy, would be an astonishing and extraordinary chance meeting, but unless something significant transpired from this meeting, it’s coincidence, not serendipity.

With some submissions, I had no doubt; the messages are as clear as the twinkle in Santa’s eyes. A friend calls this kind of obvious serendipity, which might include a dash of magic or whimsy, “Godwinks.” In other stories or poems the theme is subtle, and in still others you might need to explore in order to see the threads holding the piece in the serendipity realm. The majority of the material fell into the slot of Walpole’s unexpected discovery—with the events as complex as algorithms or as simple as Mother Nature sending colorful emissaries to bring moments of joy to a woman during a mourning period. Some stories overlap into more than one definition; I placed those where the experience seemed to fit best.

It’s been said that serendipity accounts for one percent of the blessings received in life; the other ninety-nine percent is due to our efforts. We might call what happens along the way coincidence, fate, luck, meant to be, fortune, karma, synergy, destiny, synchronicity, miracle, God’s will, divine intervention or ordination, angel intervention, happenstance, fluke, providence, free will, intuition, premonition, apparitions, choice, or that all important timing. Timing put some people in the Twin Towers on that fateful September day in 2001, while others, running late for one reason or another, lived to tell their story.

All of the above word choices could be synonyms for the same thing—an elusive hidden force that holds sway over our lives. The onset of serendipity isn’t noteworthy until a second thing happens, maybe a third, or fourth, until finally all the pieces create a unique outcome. Think of it as a quilt whose separate pieces are scraps piled in a basket, but when stitched together the illustration is clear.

Some stories have a sad or tragic beginning, but the end result is satisfying; a resolution has been attained, or a catharsis accomplished. Serendipity can involve several people or only one—perhaps a moment of clarity when an unhappy aspect of life is resolved, or a person is redirected when a hidden talent is uncovered and results in a successful career or a lifelong pleasant diversion. The route might be a beeline (direct), or circuitous and complicated. When serendipity strikes, there’s a moment of disbelief when a person realizes the connection. It can be chilling, eerie, startling, or a merry surprise.

In my daily reading of essays, memoir, and poetry, I became easily distracted by my project. I paused, wondering if what I just read had a touch of serendipity. On several occasions, it did. Quite likely, my theme had not been the author’s intent, but because I was looking for something specific, Walpole’s sagacity reared its timely head. I contacted the authors, requesting permission to use their story or poem. All graciously consented, and the previously published credits appear at the end of the book.

More than one incident of serendipity occurred while compiling this anthology. Through Facebook, I became reacquainted with two sisters I knew when they were children. They each shared a happy tale.

One day I was sorting research material I had used several years ago for my book, Masquerade: The Swindler Who Conned J. Edgar Hoover. I wondered what to do with the FBI records, newspapers articles, detective magazines, and photos—toss them, or hang on to them? I kept them. Within a week, I received an e-mail from the great-nephew of the man who was the subject of Masquerade. He plans to read my book and then we’ll correspond and exchange information. I will most likely give my material to him. A sociology professor, he’s thinking of writing a book about his relative, a different slant than my fictional account.

Another story arrived almost on my doorstep. Leaving the house for a morning walk, my husband and I discovered a huge, brilliant, sharply defined rainbow spread across a nearby cul-de-sac. The sight reminded me of a family story about meaningful rainbows. I contacted my nieces to refresh my memory so that I could include the story.

And finally, due to a publishing delay, I was able to add several remarkable stories to the revised manuscript.

Although serendipity is abstract and intangible, as it weaves its spell toward culmination it might gather objects or information into its web, things that will have meaning to someone. Several generations of a family are often linked through an article of memorabilia that surfaced after decades and provided answers to mysteries. In one story, however, a question remains. A young woman from the Civil War era couldn’t bear to part with a treasured photo of her fiancé who had died in battle. Her descendants do not know his name; still, the early photographic image has been passed from one generation to the next— a passport for this soldier’s serendipitous journey through the ages.

Among other stories in this collection, a 1950s Navy veteran becomes a medium between the past and the present lives of two World War II veterans who do not know each other. A woman reunites with a childhood treasure; a man finds a tangible piece of his father’s past; another man finds an entire family he never knew. An aria sung in a hotel hallway brings together two people who discover a link to the past. An isolated young mother with postpartum depression gains hope from a gift left in her rural mailbox. One story is steeped in tragedy, but 70 years later a family is reunited with a book holding a clue to a mystery scribbled on its pages. And after an unsettling encounter with two strangers on the same day, one man chooses a career he’d never considered, which ultimately benefits countless people across the country.

A wisp of serendipity holds together my past and present—beginning with my introduction to reading in the children’s area at the public library in my small hometown in Iowa. Back then, and even later, a writing career was not something I sought, or even considered, so it was unexpected and fortunate when, at age 50, I submitted a Christmas memoir to a Virginia newspaper and they published it. My first two published books are the result of ideas falling into my lap unexpectedly. I uncovered the first unique story through genealogy, and the second after a business friend of my husband’s died and we learned the truth about his intriguing past life. Thirty years later, coming full circle, this anthology, Serendipity, will be shelved along with my other books in the Iowa Room in that same library. 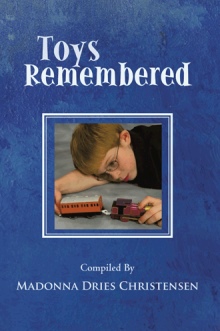 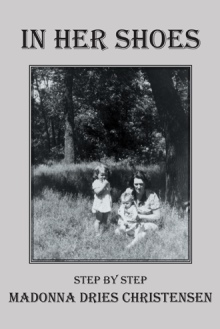 In Her Shoes
Madonna Dries Christensen
$21.95 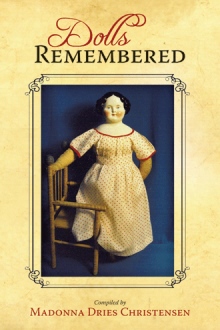 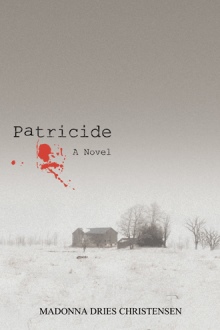 Serendipity: Moments in time and place —

A diverse blend of storytellers from around the world share their experiences with the mystery, magic, and power of serendipity.

Madonna Dries Christensen previously compiled the anthologies Dolls Remembered and Toys Remembered. Three times nominated for the Pushcart Prize, Madonna’s work has appeared in more than 100 publications over the past 30 years. Her other published books are: The Quiet Warrior; Swinging Sisters; Masquerade: The Swindler Who Conned J. Edgar Hoover; In Her Shoes: Step By Step; The Orator And The Sage; and Patricide. Patricide was a finalist in the 2015 Indie Excellence Book Awards. Madonna is a monthly columnist for Extra Innings and Today’s Seniors, and recently retired from 20 years editing and publishing Doorways, a memoir publication. She has written several editions of family history and compiled a couple dozen personalized booklets for family members and her three grandchildren.