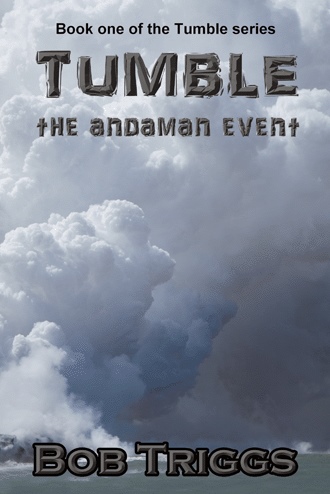 A blue-and-red taxi sweeps through the entrance of the Khaolak Golden Palace Hotel and comes to an abrupt halt on the red herringbone forecourt with a screech of underinflated tires. The driver’s door swings open, and a small, aging Thai who couldn’t be a day under seventy leaps out with surprising sprightliness. As he hurries around to remove a suitcase from the trunk, the passenger door opens.

Peter Hutchins, a forty-seven-year-old computer software engineer from London, climbs out and faces the five-story hotel with a distant expression in his blue eyes. He is six feet tall, slim, muscular and his dark brown hair is turning gray, but he’s still handsome and an attractive catch for any woman. Casually dressed in a white golf shirt and loose gray flannel trousers, he takes a moment of pause to swallow back an emotional lump as mental images of the disastrous trip fifteen years earlier remind him that he’s not here on vacation. For too long, he has wallowed in a stagnant pool of guilt, self-pity, and grief. This is supposed to be a therapeutic journey intended to kick-start his life, but as the horror comes racing back, he begins to wonder if this might be a huge mistake.

He senses the ghostly presence of his wife standing happy and content beside him as the kids run ahead toward the entrance. His eyes rove over the front of the structure, and he’s overwhelmed with disenchantment. Has anything changed at all? Even the facade has been rebuilt to its original design. Yes, very little has changed, yet nothing is the same.

His ruminations are interrupted by the taxi driver, who places the suitcase on the ground at his side. The visions of his family vanish as Peter snaps back to the present. He removes a wallet from his pocket and counts five hundred Thai baht into the cabbie’s hand.

Peter turns his head in the direction of the ocean as the old man stuffs the money into a pocket and climbs back into his car. The beach is hidden from view behind a tall hedge and a line of palm trees, but he doesn’t need to see the sand and water to know where it is. How could he forget? It’s been the bane of his miserable existence for the past one and a half decades.

The click of hurried footsteps on the Omega block paving disrupts his thoughts for a second time, and he swings around to see a porter rushing across the forecourt. Peter has only one suitcase, and as it isn’t heavy, he declines assistance from the bellhop. He picks up the case and heads for the main entrance. A concierge opens the door as he approaches, allowing him to pass unimpeded into the spacious lobby.

Inside the hotel, the floor is covered with blue carpeting overprinted with golden designs of the Ratchaphruek tree in full bloom. It represents a combination of the national flower and Thai monarchy. A large pine tree adorned with twinkling lights, colored balls, and garland stands in one corner while the back walls are beautified with bright, multihued paper decorations. The soft sound of Christmas music drifts around the atrium, and a subtle aroma of cinnamon has a soothing effect on Peter’s senses as he walks over to the reception desk.

The young clerk smiles pleasantly before addressing him in perfect English. “Good afternoon, sir. How may I help you?”

“I have a reservation for the next three nights,” he replies wearily. “My name is Peter Hutchins.”

The receptionist turns to a computer and checks the files with a few swift strokes on the keypad. “I see you’ve flown in from London, Mr. Hutchins,” she remarks, turning her head to look at him as she speaks. “Are you here for the memorial service tomorrow?”

The young girl takes a few moments to validate the key card for his room before laying it on the countertop in front of him. She pushes an open registration book in his direction and places a pen on the facing page. “Please sign here, Mr. Hutchins. Your room number is 304.” Peter picks up the ballpoint and signs the register while she continues to talk. “Did you know someone who died in the tsunami?”

“My wife and two daughters.”

Perhaps the blunt response makes her feel she is being too intrusive because her cheerful expression switches to one of embarrassment. She stammers a hasty apology. “Oh … I-I’m sorry.”

Peter replaces the pen back on the open page with a wistful sigh and makes an attempt to dispel her unease by sounding more upbeat. “That’s okay, love. What’s done is done. No one can go back to change it.”

She slides a pamphlet and a coupon across the countertop. “People will be congregating on the beach for prayer around the time the tsunami came ashore. This is a list of various religious groups and churches who will be holding memorial services throughout the day. The tsunami warning sirens will sound a three-minute accolade beginning at ten twenty-seven.” She taps the face of the voucher with her forefinger. “This is for a special service open to hotel residents and guests in our banqueting suite. It starts at one o’clock and will be followed by a free buffet, compliments of the manager.”

Peter manages a weak smile as he picks the pamphlet and ticket up from the countertop. “Is there somewhere nearby where I can buy flowers?”

The receptionist nods and points toward a wide passageway leading out of the lobby to his left. “You’ll find a florist at the end of the shopping hall, but I think they’re closed for the day. They’ll be opening early tomorrow morning though—around six o’clock, I believe.”

“Tomorrow morning will be fine,” he replies. “Thank you.”

Peter picks up the suitcase and walks across to an alcove on the right where the elevators are located. He pushes the call button and, feeling more relaxed, begins humming to the strains of “Silent Night” while he waits for the car to arrive. The shopping hall is a new feature that’s been added to the hotel since his last stay, but everything else appears identical to how it was fifteen years ago.

Once in his room, he opens the suitcase to get at the toiletries. He’s desperate for a long, hot shower to wash away the dried perspiration and grime that have accumulated on his body over the last twenty hours. Thirty minutes later, he emerges from the bathroom wearing a maroon bathrobe and begins to unpack. He hangs a dark suit, a neatly pressed white shirt, and a black tie in the closet and then transfers the socks, underwear, and casual clothes into a drawer unit. After he’s finished, he decides to take ten minutes to unwind before going down to the restaurant for supper.

Peter flops onto the bed and lies on his back with his hands clasped behind his head. He stares insipidly at the ceiling, sifting through the events that bind him eternally to this place. Fifteen years ago, he was thirty-two and an affectionate husband to a beautiful twenty-nine-year-old wife, Beverly. They were the epitome of a perfect couple and the caring parents of two daughters—Kathleen, eleven, and an energetic six-year-old, Angela. They could not have been happier.

During the summer of 2004, cold, wet, and windy weather swept across the United Kingdom with relentless fortitude. It prompted the idea to vacate the damp climate for a fortnight in the sun, and one evening in October, they sat down to flip through some holiday brochures. 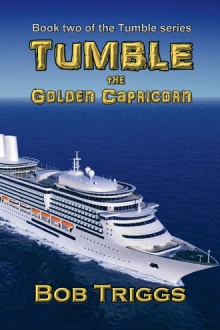 An unprecedented seismic event 249 km west of the Andaman & Nicobar Islands jostle the Indian, Australian, and Eurasian plate boundaries together, prompting thousands of earthquakes to ripple out across the globe. The abnormal upheaval triggers a massive underwater landslide that permanently transforms the geography in the Bay of Bengal.

But the Andaman Event is the catalyst for an epic disaster on an unimaginable scale. Poised to eradicate more than 8.2 million animal, marine, insect, and plant species, scientists predict it will surpass the Great Dying that occurred 252 million years ago between the Paleozoic and Mesozoic eras when 83% of all genera was lost.

It is the only known mass extinction of insects. The next one is in 2020.

In this global natural disaster novel, Mother Nature is on the rampage and this time she intends to take it all the way. With the odds stacked against him, Mankind is about to face its greatest challenge ever. Survival.

Bob Triggs was born in the Falkland Islands in 1957 who now lives in Los Angeles. The Tumble series is the culmination of ten years of research with an original and imaginative twist.