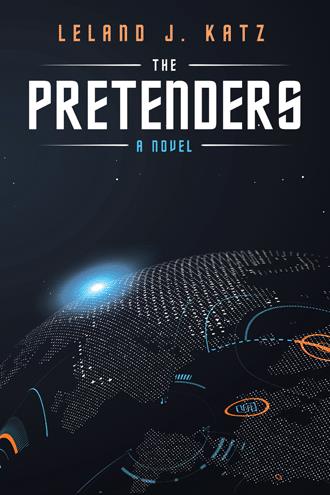 Prologue Almost Outed by MUMPS On January 30, 2002, Joel Kramer joined Monique LeCheminent, and Jim Rand, her manager for lunch in the company cafeteria. A golden-haired California boy in his late 30s, Jim had the body of a guy who spends too much time in the gym. With his square jaw, freckled face and perpetual day and a half growth of beard, Jim was a definite type. Monique was a tall, long legged French woman who dressed to emphasize that she was young and hot. Intentionally or not, her physical appearance was an effective weapon in the corporate political wars. Joel, on the other hand, was a relatively short, bespectacled, balding, and somewhat overweight guy of almost 63 with an indeterminate face, high energy level, and an attitude that did not betray his age to his coworkers. On that day, the conversation turned to HIPAA (Health Insurance Portability & Accountability Act) not because they were concerned about health care but because the act created privacy and security standards to be met by the software used by the health care industry. Joel, Monique, and Jim all worked for BEA Systems, a software company that specialized in the esoteric area known as infrastructure. Monique had been to a HIPAA conference the week before and was amazed at how backwards the information technology professionals in that industry seemed to be. “They kept talking about something called MUMPS,” Monique said. “I never heard of it.” Before he could stop himself Joel blurted out, “MUMPS. Massachusetts General Hospital Utility Multiprogramming System. It’s been around for years and is a combination operating system, programming language and data base.” While Monique giggled and began to call him “Mr. MUMPS,” Joel said to himself, “Where in the hell did that come from?” Thinking about it further, he remembered MUMPS had characteristics that included a tree-like structure and child/parent relationships among the data elements making it a forerunner of modern object-oriented computing. Then Joel said to himself, “I have to be more careful. If people think about it too much, I’ll give away my age to them.” It was an unfortunate fact of life in Silicon Valley in the late 20th and early 21st centuries that anyone over the age of 40 who wasn’t either rich and/or running his or her own company was automatically viewed as a failure. Joel, in his 63rd year had done neither of those things but he had raised two children, to productive adulthood and was still married to and in love with their mother and had been for almost 41 years. Where had his knowledge of MUMPS come from? His mind swirled back to 1974 when after almost ten years in industry he joined Digital Equipment Corporation where DEC Standard MUMPS was one of the products for which he had marketing responsibility. Twenty-eight years! And his civilian career was ten years older than that. Most of his colleagues hadn’t even been born yet.

The Pretenders is an autobiographical novel. Told through the adventures of Joel Kramer, it is the story of tens of thousands with degrees in history, English, communications, psychology and other disciplines who worked in high tech and who unintentionally became pretenders. They lived through, contributed to, and helped create the history of the computer industry. As a personal story, the book chronicles Joel’s life from the time he met Julie, the love of his life, through grad school, military service, and a 38 year civilian career spent principally in high tech marketing, sales, and business development. Joel’s military service was similar to that of hundreds of thousands of men and women who took their turn standing on the wall during dangerous times. In their own way, each contributed to the defeat and ultimate break-up of the Soviet Union and the winning of the cold war. As a history of the computer industry, The Pretenders chronicles the dramatic changes in computer technology from the days of the mainframe to the forerunner of cloud computing. As a history of our times, The Pretenders records events from the days of JFK and the Cuban Missile Crisis through the great national nightmare of Vietnam to 9/11, Afghanistan, and Iraq. The Pretenders is history as seen by an everyday participant in those events. It is the story of all who have struggled, experienced tragedy and joy, and lived through what have been, as the ancient Chinese curse says, “interesting” times.

Leland J. Katz is a veteran of USAF officer corps who served from 1961 to 1964. Following military service, he worked as a civilian principally in technology marketing and sales. He holds a BA from the University of Massachusetts, a MS from Boston University, and a MBA from Boston College. Now retired, he lives with his wife, Judith, in Pompton Plains, New Jersey.