Making Your Memories with Rock & Roll and Doo-Wop 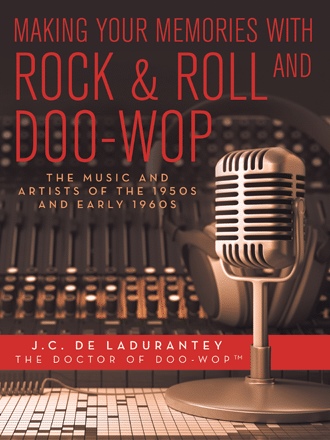 We are a culture forever fascinated by our past and our future. We look into crystal balls, check our horoscope, dream of a life less complicated and wish for the house on a hill, a luxury car and the ideal mate. We also reflect back on our childhood; our adolescence. We embrace fond memories of times that were fun, full of adventure, heartbreak and a lack of responsibility. That was a description of the 1950’s in the United States. It was clearly a simpler time.

The 1950’s was a very unique period. It was before the Civil Rights movement, Vietnam and the assassination of President John F. Kennedy. It was before the Beatles. Our country could have withstood any one of those events, but not all four. Facing just one event, we would have continued unabated into the later sixties much as we had in the late fifties; with stability, innocence and simplicity. But that was not to be. The fifties represented a time of long periods of stability with only periodic episodes of chaos. After 1963-64, that would all change. The later 60’s were a time of infrequent levels of stability with more and more chaos.

For those who “matured” from 1954 through 1960, we were exposed to the innocence that the music of the day captured. It would be at an eighth grade graduation party, with boys on one side and the girls on the other. It would be 1956 when we would be captivated by Shirley and Lee’s “Let the Good Times Roll,” just to hear a faint grunt that said, “we do not have to follow all the notes in the song.” We would watch the 45 RPM records spin and drop down “Eddie My Love” by the Teen Queens and look for someone, anyone, to hold in a small embrace. And then we would thank our musical dance partner and look for someone else.

With the development of the jukebox industry during the 1930’s, Billboard began publishing music charts as an expansion of their business of selling sheet music for the vaudeville theaters. Information for rankings was based upon records sold and jukebox plays. In 1953 there was not one Rock & Roll song on the Billboard top 30. The charts reflected artists such as Tony Bennett, the Four Aces, Eddie Fisher, Patti Page, Rosemary Clooney, Doris Day and Kitty Kallen who had the number one song of the year, Little Things Mean a Lot. Those artists had two songs each in the top 30 and dominated the industry. Nat King Cole and the Four Knights represented African Americans on the charts. One of the most powerful influences of the fifties and early sixties was the music. World War II was over, the Korean conflict went to the second page and music was having a more profound effect on our lifestyle. Rock & Roll, with its beat, the influence of rhythm and blues and an emphasis on lyrics, as unique as they were, precisely expressed the feelings between two people. We would “watch” the radio and listen intently to the words and how they affected us. The car radio played music that extended to our hi-fi record player that spun 45’s and 33 1/3 rpm long playing albums. Early Rock & Roll would eventually fade out those 78 RPM’s in favor of the smaller discs and albums.

The turning point for music in the 50’s was to occur in 1954. Two songs made the Billboard top 30 that would forever change the fabric of what we listened to and how we responded; Sh-Boom and Shake, Rattle and Roll. Billboard recognized Sh-Boom by the Crew Cuts and Shake, Rattle and Roll by Bill Haley and the Comets, while much of the country listened to the versions performed by the Chords in 1953 and Big Joe Turner at house parties.

We grew up in an era of innocence and immaturity. We could do whatever we chose to do with a family support system and our own vision of the “American Dream”. If bread was only 23 cents a loaf we knew we would never go hungry. Our happiness and innocence was being reflected in the music. It was in the words, nonsense syllables, instrumentation, and of course, the beat. Radio was king and it clearly was a world for teenagers.

Making Your Memories (MYM) is more than a book chronicling an industry. Most importantly it is not intended to reflect all elements of the music we listened to but tell you a story; a love story, an affair of the heart, mind and soul. This particular era of music was one that was listened to, watched and danced to. It also chronicles our thought processes, our feelings, hopes, dreams and heartaches. Today, this same music provides a time to shed the years.

In later years a unique opportunity came along to go back to school and take classes in broadcasting. I took that opportunity, which is discussed in Chapter Three, obtained a timeslot on a local radio station and created a format titled; you guessed it, Making Your Memories (MYM). This book follows that journey and highlights the various shows produced by category and theme. We focus on the music, lyrics, the artists and their stories. Absent the “Truth in Music” discussion, we leave any conflict, legal or race issue aside for other, more knowledgeable authors. MYM is about the love affair with the music and the artists. It is my memories, as I remember them, almost off the top of my head. Any references are to ensure I do not misquote an important part of the story I tell of the love of the music.

While the times may have been simpler, today’s technology offers many options. It is our intent to utilize this technology to aid our readers in consuming yourselves in the music. As you read along each chapter, listen to an accompanying CD for a few bars of the song or artist discussed. You will not only be able to reflect on the music but also “see” it through the magic of your memory.

Of all of the influences that would affect the lives of young people in the middle 1950’s and early 60’s, none had impact like the music. It was not just any music, but Rock & Roll, Pop and Rhythm and Blues. It was the music of sinners, or so we were told. It began to chronicle the American Dream in small towns, big cities, the entire nation, and ultimately the free world. Much of it started in a garage. Much like the tech giants of today, garages were where we could hide out and listen to the radio, learn to play an instrument or try to sing along with the artist or backup group behind the artist.

Growing up in suburbia in the 50’s was idyllic. The focus was getting to school on time, attending classes to get a C and an occasional B and hanging out with friends. After the chores were done, of course. Weekends, we would take turns having small parties, many times having our parents drive us, and a date, to someone’s house, but only if there were chaperons. The girls would be off by themselves and some of the boys would stand around the phonograph trying to sing along with each other and the music of the moment. One day the conversation centered on musical instruments. I am not sure how it happened but someone could play the piano, the new kid from New York could play drums and another had a Spanish guitar. I wanted to be a part of it so I asked my parents if I could get a guitar. With a birthday on the horizon we went to Sears & Roebuck and there was a Silvertone six string yellow and black guitar sitting on the shelf for $29.00! A beginner’s book of chords was included and in just a few months, with some tutoring, I had found my passion. 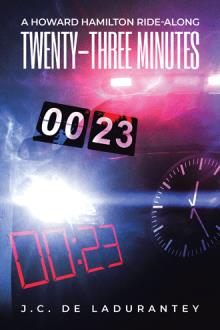 Making Your Memories with Rock & Roll and Doo-Wop: The Music and Artists of the 1950s and Early 1960s digs back through the catalogue of popular music and brings to life the solo artists, duos, and groups whose music once filled the airwaves and turntables with rock & roll and doo-wop. The Doctor of Doo-Wop, J.C. De Ladurantey, brings his expertise, honed by hosting a weekly radio show, “Making Your Memories,” to his revelation of the backstories of these trendsetting artists.

Until the British Invasion in mid 1963 changed the direction of American music, the sounds created by the artists profiled in Making Your Memories with Rock & Roll and Doo-Wop shaped the entertainment soundtrack of a generation. This music history shares the little-known details of the lives of these artists, the history of the period, the distinctiveness of the music, and the power and influence of the songs’ lyrics.

Making Your Memories with Rock & Roll and Doo-Wop: The Music and Artists of the 1950s and Early 1960s will leave echoes of the time’s memorable songs in your mind’s ear and their lyrics on the tip of your tongue. You’ll discover a fresh desire to find the recordings and give them another “spin” on your “record player,” even if your digital music lives in the cloud.

J.C. De Ladurantey, or “Joe D” THE DOCTOR OF DOO-WOP is an on-air and online talent for KSBR in Orange County, Ca. He hosts “Making Your Memories” every Sunday evening. He has blended 40 years of law enforcement with sports broadcasting for middle school, high school, college and the Pro’s. He lives in San Juan Capistrano, Ca. with his wife Sandra D and their golden retriever, Wilson.