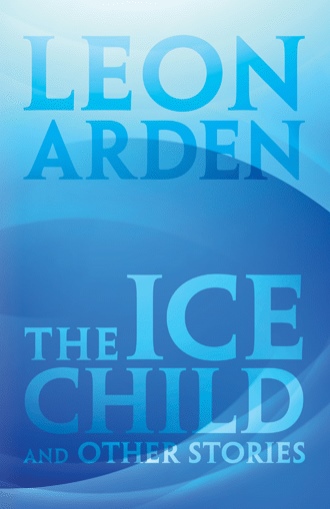 Robbing banks was popular once, but no one thought to knock off a hospital until Zack Dibble had a try. He put his old man in a wheelchair, pushed him into the lobby of John the Baptist Medical Center, pulled out a Colt .38, and, as in crime films of old, yelled, “Freeze!” No one screamed or fled or fainted. To his immense relief the two startled women behind the check-in desk did just that. They froze.

In the wheelchair, as if none of this had anything to do with him, sat Oscar Dibble, pale as marble. His son lifted from his lap the chest x-rays and the other documents they had acquired from their family GP who had treated Oscar after his heart attack. Days later Zack had tried to get his father into John the Baptist for a bypass. Without health coverage, they had been turned away.

It all had started when Oscar Dibble, to collect the money owed him by his youngest son, Ruben, had climbed the six flights to where the boy lived in an apartment owned by a Puerto Rican woman who worked at the A&P. Together they had been watching a tense episode of ER on TV when there had been a knock—more like a punch—on the door. Ruben had opened it and seen his father kneeling, his face against the carpet of the hallway as if peering through a peephole at some riveting spectacle below.

“Pay the sixty bucks you owe me.”

The next day, when dye had been injected into Oscar’s bloodstream, his doctor, studying a screen that revealed the ghostly tubes connected to the old man’s heart, had announced, “Oscar, I kid you not, these are arteries from hell.” Action had to be taken, or their father would soon have a myocardial infarction. “What’s that?” both brothers had asked. The doctor had sighed. “A heart attack, big time.”

There was, as always, no money. Zack worked in a real estate office where the market seemed always sluggish. In all of his twenty years as a driving instructor, Oscar never did have more than several hundred in the bank. Ruben liked to claim he was “self-unemployed.” In Zack’s words, Ruben looked “as if he had come in third in an Atlantic City Brad Pitt look-alike contest.” This resemblance never got him very far except with women. He did odd jobs when the spirit moved him and was not above a little recreational shoplifting. He had a soft spot for children, loved all sports, and never forgot an insult. Once, in Jefferson Park, he had been arrested for accidentally hitting a policeman in the head with a Frisbee. There had been general applause when Ruben had been led away because a number of others had also been hit. Afterward, though not yet twenty-five, he’d drawn up his will with instructions that a bench be placed where the incident had happened displaying a commemorative plaque that read, “This bench is dedicated to Ruben Dibble, who hated this park and everyone in it.”

Ruben’s wastrel life was something Zack had long since given up trying to change. In many ways he was Ruben’s mirror opposite even to the point of having, as his younger brother once pointed out, “all the charisma of a swizzle stick.” Of the two, their mother’s death hit Zack the hardest, oppressing him with a phalanx of worries, real and imagined. He was conscientious, hardworking, and reliable, which had earned him his father’s respect. Ruben, who drifted through life with a quip and a smile, had won his father’s love, a love that only faltered when Ruben owed him money. Among his many other deficiencies, Ruben was rarely on time, and if there had ever been a morning Zack had needed him to be prompt, this was it. Ruben had promised to join them at nine o’clock with a borrowed shotgun. “I’ll be there, okay? Relax.”

“Ten more minutes, give him,” Oscar had pleaded. Zack had done just that. Then he’d drawn his gun and rolled his father at the glass doors of the hospital, which had parted like the Red Sea.

Unlike his brother, Zack had never made a will. Now he regretted not doing so, because once inside the lobby he was gripped by the absolute certainty that this absurd plan would in no way save his father’s life. It would simply bring an end to his own. If such was to be his fate, he would kick himself for not making it known he wished to leave his sound system to his old friend William Teel, who loved classical music as much as he did. Zack stood ashen and vacant amid a swirl of silence, the gun heavy in his moist hand, the two women at reception immobile as mannequins.

This macho demand, prepared in advance and rehearsed at home, became when spoken aloud a bad joke, not even a joke, an embarrassment, painful and pathetic. Nothing happened. No one moved. Finally one of the women lurched into action like an actress belatedly hearing her cue. She stepped from behind the desk (a lovely nurse, Zack noted) and in the lobby’s vast silence pleaded for calm. She then instructed her frozen colleague to please page Mr. O’Brien.

Zack stared at the nurse with a rush of gratitude. Her bright, bogus smile was as real to him as the summer sun. In his confusion, she had become his ally. She offered healing and compassion. If this was to be his final day on earth, her shapely presence, her profound kindness, her startling eyes, her selfless courage would be his compensation.

Mr. O’Brien, the nervous hospital manager, must have been nearby, for he appeared within moments of being summoned. Zack repeated his demand. The hospital manager ordered the intruders to leave. Only then did he notice the gun. He was, on the instant, transformed. As if confronted by two visiting dignitaries, he promptly escorted them to the cardiac ward. The nurse pushed Oscar’s wheelchair as she followed the purposeful Mr. O’Brien while Zack brought up the rear, dancing and glancing in all directions. The moment the elevator door closed, the receptionist dialed 811 then 901 then 711. Finally, tapping the numbers ever so carefully and this time correctly, she reached the police and screamed.

In the operating theater, Dr. Ramsgate, the head surgeon, tall, bald, and overbearing, was getting ready for his first operation of the day when he and his team were confronted, at gunpoint, with a demand to perform an immediate heart bypass. They were handed x-rays and medical documents. Outraged and blustering, the surgeon announced that this was out of the question. Didn’t they realize that without lengthy preparations for such a serious operation, the patient would almost certainly die?

“He was always tense, even as a child,” Oscar explained. “Please do as he says.”

“Are you mad? The police will be here any minute,” Dr. Ramsgate warned the gunman, then looked at Mr. O’Brien, who nodded.

“Which is why I’m holding this nurse hostage.” Zack’s arm went round her waist. “Start now or she dies too. What’s your name, Miss?”

Addressing a consistent set of themes—most revolving around characters who are in conflict with one another based on differences in culture, age, or personality—The Ice Child offers eleven moving short stories by author Leon Arden.

The collection introduces a wide cast of characters and scenarios. A husband and wife, touring Mexico, are confronted while on horseback, by savage bandits; a young man tries to rescue his mother from his father’s obsession, which is filling their apartment with more books than it can hold; a comic drama between two lovers is waged solely through messages left on their answering machines; a son wheels his sick father into a hospital and demands, at gun point, that he be given a heart by-pass; a lovely English woman arrives in New York to find she must share an apartment with a man she has never met; and a failed writer, with two friends, programs a computer to create a salable story, but ominously the PC also predicts their immediate future. Bookended by stories about youth and old age, The Ice Child presents a unique but highly entertaining collection of tales.

"...Arden...manages to bring each story to life with a creative vibrancy and colourful prose...Savory, memorable morsels of brilliance from a clever wordsmith and a considerable talent to watch."

Leon Arden was born in New York and attended Columbia University before becoming a free-lance photographer in the US and Europe. He published five novels and many short stories. Arden’s play, “The Midnight’s Ride of Alvin Blum” (written with Donald Honig) had several productions in America. He is married and lives in London.