The Crisis of Islamism

Its Causes and How to Address Them 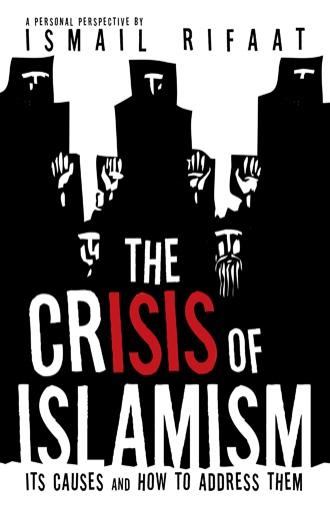 The most topical issues being discussed worldwide today relate to ominous developments in the Middle East (ME), and to international efforts to contain their menacing threats. Current conditions in several Moslem countries in the region reflect a dire state of affairs. The manifestations of problems are painfully evident. They include lack of security, civil wars, the death, injury and uprooting of millions of innocent people, and the collapse or ineffectiveness of several national governments. In particular, action by radical Islamist entities such as the Islamic State for Iraq and Syria (ISIS; also referred to as ISIL), is threatening the security of both Middle Eastern and Western countries. Furthermore, the pace of deterioration of conditions in some ME countries such as Iraq, Syria, Libya, and Yemen could accelerate with potentially more ominous consequences. The book aims to address these conditions by exploring the historical developments that contributed to the emergence of this sad state of affairs, and proposes ways to address identified problems. Writing the book was inspired by the events that took place on June 30th, and July 3rd of 2013 in Egypt, whereby elected President Morsi was ousted from power. I felt that this development was extremely significant. On July 12, 2013 I posted an article on my website. It partially states: “Here in the US we have just celebrated the fourth of July. The French will soon celebrate the fourteenth of July. I feel that the third of July -the day the Egyptian army ousted former President Morsi- might assume a similar status in the annals of history. … the army -presumably- acted in response to overwhelming popular outrage. It is specifically the nature of the outrage, rather than the army’s action, that is most significant in considering the third of July as a potentially historic date. From what I have seen and heard, the outrage seems to reflect a sentiment that craves emancipation from religious radicalism; as such it could usher a new era of rational and sustainable development, both in Egypt and elsewhere.” Debate was raging at the time -and continues to date- about a breach of democracy and a military coup d’états in Egypt. The US particularly expressed concerns in this respect. However, while quite appreciative of these concerns, I was sympathetic with the revolution, and started writing in its defense and support. My sympathy with the revolution of July 2013 related primarily to its success in reversing the tide of growing Islamist movements in the Middle East. For decades I observed how radical Islamism was growing, and was deeply concerned about this trend. The momentous developments involving warring radical Islamists in Iraq, Syria, Libya, and Yemen which erupted in late 2014 vindicated my fears, and prompted me to continue writing to complete this book. I am an Egyptian born US citizen, an architect/Planner with substantial international experience in these fields. I did not receive any formal education in political science or other disciplines traditionally related to the subject matter of the book. Also, I have not been directly involved in politics neither in Egypt nor here in the USA. This being the case, I wish to clarify at the outset how I feel confident about addressing conditions in the Middle East. I come from a middle class Egyptian family. Similar families often sent their kids to private schools; usually, girls to French schools, and boys to English schools. My father elected to send me and my two brothers to public schools. He said: if you are to live in Egypt, you have to share the experience and education of the majority of the young people of the country. As it turned out, I left Egypt in Januray1959 shortly after graduating from the University of Alexandria on a post-graduate scholarship to Switzerland, and never returned to live in Egypt since then. Sadly, as I will recount, conditions in Egypt changed in certain ways that precluded my return to pursue a promising career. I lived in Switzerland for over eight years and in Canada for a couple of years before immigrating to the USA in mid 1967. Later on, I worked and lived intermittently in Kuwait, Qatar, Dubai, and Saudi Arabia. Over the years, I returned to Egypt occasionally on professional assignments and as a tourist. The fact that I went to public schools and to University in Egypt confirms my intimate knowledge of Egyptian society. The kind of people-sense that one develops from growing up with other young people and feeling the impact of developments jointly with others cannot be matched. As I grew up in Egypt, I experienced firsthand certain developments that are particularly relevant to the evolution of the current crisis. Egypt is a prominent country in the ME region, and developments there have had, and are likely to continue to have far reaching consequences in the region. Also, the USA -especially after the demise of the British Empire- exerted profound influence on developments in the ME, and is likely to continue to be actively involved in the affairs of the region. Over the years, I had a keen interest in following up on developments both in Egypt and the Middle East, as well as related developments here in the USA. This provided me with insights that are pertinent to the subject matter of the book. Thus, my relevant international experience, and my continued interest in developments in the Middle East primed me to write this book. The book is not conceived as an academic discourse where statements are buttressed by foot notes and references. Apart from occasional excursions on line to refresh my memory about certain events, the book is essentially an expression of my own personal experience, impressions, and views. Thus, it reflects how I feel and think about the problems of the Middle East. As I present my assessments with due humility however, I wish to point out that few ‘experts’ in ME affairs have the kind of experience and intimate understanding of historical developments as I do.

Winner of the 2016 IPPY Bronze Medal in “Current Events I; Political/Economic/Foreign Affairs”:

Menacing threats arising out of the Middle East continue to capture the attention of the international community. The manifestations of these problems are painfully evident: a lack of security, civil wars, and the deaths, injury, and uprooting of millions of innocent people have reshaped the landscape and led to the collapse of numerous national governments. With the escalating situation in countries such as Iraq, Syria, Libya, and Yemen, the crisis could accelerate further and lead to even more ominous consequences than what we’ve seen so far from radical Islamist entities such as the Islamic State of Iraq and Syria, otherwise known as ISIS or ISIL. The author, who has deep family roots in Egypt, argues that his ancestral country will play a critical role in the developments in the Middle East, and he recounts his personal observations of the country he once lived in and has visited on numerous occasions. The Crisis of Islamism explores the historical developments that led to the emergence of a sad state of affairs, including the role Israel plays in the Middle East. More importantly, it proposes ways to address the problems.

Ismail Rifaat, a native of the United States, has deep family roots in Egypt, and graduated as an architect from the University of Alexandria, Egypt in 1957. He is an architect and urban planner, as well as the author of Planning for Survival and For the People by the People.