Exploring the Key That Will Drive Your Church Group to Revival 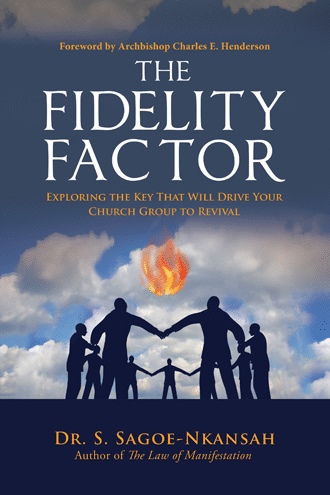 She stared meaninglessly with a blank look in her eyes and exclaimed, "I'm totally amazed and overwhelmed by it all! I cannot believe that this person could ever stab me in the back. I mean, we ate and shared many moments together. I even prayed with her through her health crisis. I still cannot believe what I'm hearing." This has often been the story of multitudes of people around the world. The discovery of the fallen human nature and its penchant for infidelity usually comes to many as a rude awakening. Jesus learnt this important lesson about human relationships, for "he knew all men" and "knew what was in man." Jesus "knew all men" therefore, "did not commit himself unto them" "And needed not that any should testify of man." However, He did settle down to committing to certain men and "having loved his own which were in the world, he loved them unto the end" (John 13:1). How many times have we not bragged on someone till we knew who they really were? Since the fall of Adam and Eve, fidelity has become a rare human trait. Thus, wherever and whenever it is found, it must be treasured, for by it, empires are built, nations are developed, churches grow into major institutions and valuable human assets are passed on from one generation to the next. All the moves of the Holy Spirit have been characterized by heightened periods of spiritual fidelity. It is the fidelity of God’s people that has mostly triggered the seasons of revival and spiritual restoration throughout Church history. It has always taken a few faithful people dedicated to praying through till the fires of revival begin to blaze across a particular geographical territory. This was the case of the Moravian prayer chain which produced the first and second Great Awakening. Twenty-four men and twenty-four women covenanted together to praying around the clock. Their fidelity to the ministry of intercession was passed on and continued by others for an entire century! Without fidelity to a single cause no revolution both religious and secular could have been realized. I am convinced that a vision without a people of pure fidelity will fail. Solomon once wrote saying, “where there is no vision, the people perish” (Pro 29:18); one servant of God also asserted, “where there are no people, the vision will perish”; and I will quickly add, “Where there are no people of fidelity, the vision will surely perish”. A pastor, CEO, President, Prime minister, Chancellor or leader of any caliber will agree that, it is not just a people that make visions and dreams come alive, but rather a faithful people. It is not just a beautiful couple that will make a marriage work, but rather their acts of fidelity. Great things have always happened within the Church, when God inspired a people of fidelity with His vision. Infidelity on the other hand, is the exact opposite. The Oxford Advanced Dictionary defines it as the quality of being unfaithful. It is a covenant-breaking act which involves all written or spoken contractual agreements like marriage and business. Infidelity can also be found within religious institutions like churches where people agree to worship based on a common purpose. Whilst in a conversation with one Bishop, he told me a story of a pastor who met his friend in town, and was asked how his ministry was doing. He told his friend, their ministry had grown to about five hundred people. With amazement in his voice, the friend shook the pastor’s hand and exclaimed “wow! That’s wonderful, now how did that happen?” But, the attitude that followed indicated the pastor was crest-fallen and unexcited over the good report. “Now, don’t bother about all of that” the pastor retorted. “Why?” the friend quizzed, and the pastor responded “coz, they are all crooks." It is not just a bunch of people that make visions come alive, it is rather a specific kind of people that do. An unfaithful bunch will frustrate any vision, but a people of fidelity will take it from obscurity to notoriety. Thousands of heavenly visions are waiting for a people of fidelity to birth them into the earth. Fidelity is critical to any organization. It is the fidelity factor that holds the secret of every major corporation, mega-church, global franchise or worldwide denomination. Throughout history, all great leaders have a well-kept secret; their vision was supported by a people that valued fidelity. Without the fidelity factor, great organizations with great potential have failed to achieve their objectives. Several revival movements have failed to endure simply because unfaithful men entering into its ranks were not committed to its purpose. There must also be the fidelity factor to bind the spiritual fathers to their spiritual sons and the spiritual brethren to one another.

Many Christian pundits agree, the world is at a historic precipice and the cusp of an unprecedented move of the Holy Spirit. It is God’s desire that, no church, Christian fellowship, group, team, ministry or association be left behind. However, both leaders and followers within Christianity tend to overlook a crucial factor that could undermine and upend the progress of their organizations in a fundamental way. This is the depth of trustworthiness reposed within those who work, serve, and worship alongside them, as they hunger and pursue the upcoming spiritual revival. More than three decades of working within church and leadership training outfits has taught the author, that measuring the fidelity within spiritual workers is as crucial as pursuing the vision of the organization itself. The dysfunction of unfaithfulness or infidelity is not just a marital problem, but is generally a corporate problem, affecting the attitudes of individuals towards: group goals, aspirations, dreams, visions and values. The potential for unfaithfulness hides within every corporate organization. Sometimes in the most unlikely places, such as churches, it can rear its ugly head. Confronting this issue is the responsibility of church group leaders, senior pastors, church workers and church members, who must expunge all forms of infidelity from their midst if their organizations are to survive, thrive and achieve lasting revival. Through using specific biblical principles, The Fidelity Factor tackles the subject of corporate church fidelity from a variety of angles, empowering the reader to identify this problem and thus contribute to building stronger organizations: those that can participate in the upcoming move of God.

Dr. S. Sagoe-Nkansah has been active for more than thirty years in Christian service. In 1983, he was supernaturally called into the ministry, and later away from his practice as a design consultant. He has earned a doctor of pastoral studies degree from the Evangel Christian University of America and received a doctor of divinity from Omega Bible Institute. He is the senior pastor of International Faith Chapel; president of the School of World Missions and the Living Waters Evangelistic Association; and vice-territorial bishop over AEGA Ghana, an extension of the AEGA Ministries International. He currently resides in Accra Ghana with his wife Adelaide and son Michael.