The Rise of MAN 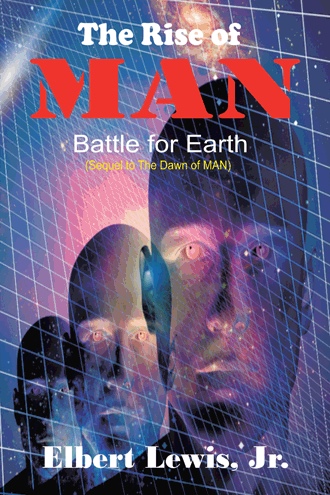 Colonel Tolbert was startled from his ruminating by the sudden crackle of gunfire that rose to a crescendo in seconds. He crawled up to the rim of the embankment and swung the binoculars up to his eyes. The first thing he saw was the backs of his marines as they frantically fired their weapons, lobbed grenades and died from Hadaran laser flashes. He swung the glasses through a short arc, adjusted the focus and was presented with an astounding sight. A squad of fifteen aliens was attacking the marine’s defensive positions.

The Hadarans advanced in a straight skirmish line, a direct frontal assault. It was a surreal sight; a military unit of intelligent, uniformly seven foot tall pumas running on grotesquely elongated hind legs, firing laser rifles. While he watched four of them were knocked down by concentrated machine gun fire and grenades but the others continued their relentless advance seemingly without regard for their fallen comrades or their own lives. The aliens, moving with cat-like swiftness, plunged into the center of marine’s line of defense. Then savage hand to hand fighting, like none ever witnessed on Earth, took place. A single marine was no match for one the giant felines and the young grunts caught in their line of advance were pummeled and ripped apart by deadly claws and fangs. Three of the Hadarans achieved the ultimate battle honor by sinking their rigid, six-inch long, needle sharp whiskers into the eyes of hapless marines before losing their own lives to multiple, vicious bayonet thrusts from other enraged leathernecks.

“Get down, Sir!” Sgt. Shumaker bellowed. They were in eminent danger from both the aliens and friendly fire.

Tolbert felt himself being dragged down the embankment and at the same time the sharp bark of gunfire rang in his ears when another bodyguard opened fire on the last two aliens. Return laser fire sizzled into their position. The marine screamed and fell back with a smoldering hole drilled through his chest. Cpl. Jenkins yelled, “Reloading!” and ducked down.

Shumaker, after pushing Tolbert even lower, bounded up the slope and ran headlong into a Hadaran who was scrambling over the crest. The muzzle of his M4 jammed into the alien’s chest and Shumaker reflexively fired a three round burst as the creature simultaneously ripped Shumaker’s throat open with a powerful swipe of his fore arm and two-inch long claws. Both mortally wounded warriors fell in a heap and rolled near Tolbert. The last alien appeared above them, its head on a swivel and a snarl on its face, scanning for a target. It aimed a laser rifle at Jenkins, who’d just reloaded, and tried to fire—nothing happened. The power cell was completely drained. The alien didn’t hesitate for a second. It hurled the weapon with uncanny accuracy and struck Jenkins square in the face with a sickening crunch. The alien leaped and pounced on the dazed marine, lunging for his throat. His roar of anticipation of the kill was cut short by a burst of ten rounds fired from Tolbert’s MP5. The alien was punched aside by the impact of the burst but the low velocity 9mm pistol rounds did not put it down. The alien whirled, issued a terrifying, unearthly roar then sprang to meet the new threat.

Tolbert was amazed at the alien’s ability to absorb the point-blank fire. He nearly panicked as the alien war cry hammered his ear drums as it loomed in front of him. He watched, in adrenalin induced super-sharp clarity, as the deadly claws swept towards him at an incredible speed. He dodged to the right in seemingly slow motion. The claws raked his left shoulder, a glancing but stunning blow. Before he could react the Hadaran struck again with the other paw, a blazingly fast slashing of the front of his body armor. In spite of the shock and pain Tolbert’s gun hand had instinctively aligned his weapon even as his body recoiled from the vicious blow. The six round burst caught the alien full in the face, blasted its skull open and exploded its brain. The body fell across Tolbert’s lower legs. Bright red blood pulsed from the pulped alien flesh onto his thighs and groin.

Tolbert sat stupefied for what felt like an eternity staring down at the thing he’d just killed. Its red, Red! His mind could not quite get a handle on what had transpired, Red blood… red...blood, and replayed the loop over and over again.

The pungent odors of human and alien blood, the sight of mangled alien and human flesh lying intertwined in the dust, the smell of ozone from laser ionized air molecules and cordite mixed with the foul stench of bladders and bowels loosed in death combined with the screams of wounded marines assailed all of his senses. It was a horrifying scene. The hardened combat veteran of eleven deployments to Iraq, Afghanistan and numerous African hotspots was shocked into a mindless torpor by what he had witnessed and experienced. 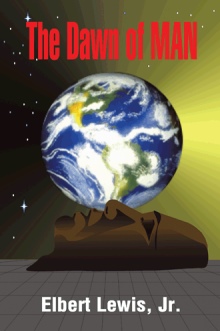 Biracials, Half-breeds, Mulattos and Mongrels At times they were unwanted, ridiculed and ostracized by society. Many were abandoned at birth and forced to endure rejection and scorn for a circumstance of birth they had no say in. Nearly all of them struggled with the anguish of not being fully accepted by any race.

In the second decade of the 21st Century a twist of fate would change all of that and catapult them to the pinnacle of humanity where their heroism and sacrifice will become legendary.

After Logan, the first MAN, led the nuclear powers of Earth to a victory over the Hadaran expeditionary force he then set about preparing mankind for the return of the fierce aliens in far greater numbers. Only multi-race humans, those having the prerequisite diverse genetic make-up for enhancement to a super-human genome-adept by the Trans Cerebral Imprinter, will stand in the way of total domination and enslavement of the human race.

With the integration of advanced alien technology and Earth’s preeminent scientific minds, Logan builds an army of genome-adepts, the most lethal fighting force in human history and leads them in a desperate battle for Earth.

Elbert Lewis, Jr. is a retired civil engineer, a former US Marine and Vietnam veteran. He is an accomplished portrait artist and a podcaster. He resides with his wife in Cincinnati, Ohio. A brief personal history is available on his website: elbertlewisjr.com. This is the second novel in his MAN (Mutation Accelerated Nemesis) trilogy.