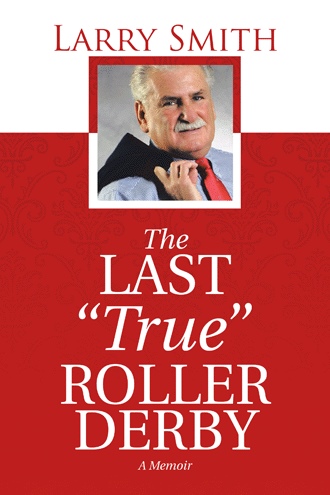 Late in 1972 at the Nassau Coliseum in Long Island, New York the Roller Derby as we knew it ended! For several months attacks were made on our style of skating one in which we worked hard to win the game, but at the same time give the people what they wanted…fights, hard skating and great athletic ability combined with a fast paced game. It had been delivered since the start of the Derby back in the 1930”s. Somewhere in the 1950’s the Roller Derby split into a group known as Roller Games and the International Roller Derby League (IRDL) which I was a part of. The difference was in the style of game…The IRDL a sporting event, the Roller Games a show like wrestling.

During the 1960’s we weathered the Negro, Black, colored racist times with pride and with dignity. We skated together, roomed together and socialized together…we were brother and sister and no one gave our people any trouble with out all of us rallying around whoever was in trouble and we stuck together. Somewhere in the early 1970’s some of the black skaters started protesting they were being slighted in compensation, and in lodging. Mr. Bob Woodbury was in New York protesting in the street outside Madison Square Garden and he had the press taking pictures and sound bites. This was a sad day for us that believed in equality and we were a team, we were family, etc.

The late 1960’s and 1971, 1972 we were selling out every where we played! Madison Square Garden, Chicago Coliseum, San Francisco Cow Palace, White sox Park, Montreal Forum and 100’s of other smaller venues…but after this show put on by a few disgruntled skaters, our crowds begin to dwindle and our quality of game was as bad as The Roller Games-Now don’t get me wrong there were many talented skaters in the Roller Games group and many wanted to skate all out, but there was a distinct difference In quality and fan appeal. So, Jerry Seltzer the son of the founding father Leo Seltzer gave up and sold all six teams to Roller Games…And the game has never been as good as it was as a Roller Derby Contest.

I remember the last game as if it was yesterday Charlie O’Connell and I were the last to leave the dressing room before the game started. We had been out for our warm up and had returned to our dressing room, as was customary, before starting the game. I had never seen Charlie O, as he was called, so quiet. I asked him why he thought the Derby Had ended. He took a little while before answering then he said; “The people who cared less for what they had had destroyed the Game.” They were the same skaters that had nothing but skating in their life”…”They didn’t have other jobs to go back to” Nothing that would pay them as well as the Derby had paid them” “And no one like a Jerry Seltzer that would provide an opportunity for them” “They would regret what they had done.”

The game was one our best! The skaters all skated their best and gave their all. After the game the dressing room was the most quiet I had ever experienced…and I ask my wife Francine Cochu how was the girl’s locker room and she said it was quiet as well. It was over! No more Roller Derby! For many of us we would sign on with Roller Games for most of six months skating their brand of mayhem, but when our Profit Sharing program came in, something Jerry Seltzer had provided for us, most of the six teams quit! We headed home.

For Francine and I we had just did a road trip from Montreal, Quebec to Halifax, Nova Scotia to Victoria Island, British Columbia and we got the call from our friends Gladys and Charlie Filloon of San Leandro, Ca they had been watching our home while we were on the road and I had told them to call us whenever the Profit Sharing check came in…Francine and I skated two more games then went home.

By the time we got off the plane in Oakland California Norman Olsen, the promoter in Canada was calling us back…he tripled our salary for skating and doubled my salary as well for managing the track set up, tear down and trucking….We lasted only 3 weeks and in Winnipeg, Francine came off the track in tears and said; “I want to go home.”, “ I can’t do this anymore.” We walked off the track and caught the first plane out the next morning from Winnipeg.

Today reflecting on those events I start to tear thinking of all those skaters and fans that would no longer see the real Roller Derby. I pray I’m wrong…

Larry Smith got some strange looks as a boy when he told everyone he wanted to join the Roller Derby, but he’d go on to have the time of his life living out his dream.

As a member of the International Roller Derby League, he engaged in a style of play that gave the fans what they wanted: fights, hard skating, and great athletic ability combined with a fast-paced game.

As a member of Roller Derby, he and his teammates welcomed minorities in the 1960s when racial tension was at its peak. Whites and blacks skated together, roomed together, and stuck together like brothers and sisters.

While the quality of the game ultimately declined, Smith was there for its glory years, and he remembers it all as if it were yesterday. He looks back on his many adventures—some of them almost unbelievable—in The Last “True” Roller Derby.