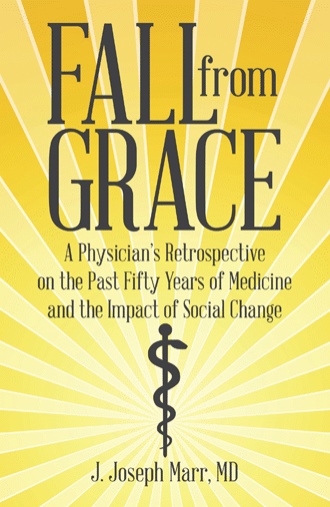 An unfortunate thing has happened to medicine and to those of us who began to study and practice medicine at the mid-twentieth century. We were unknowingly caught up in a culture that was about to undergo significant change. The change was multifactorial and the consequences spread themselves throughout every aspect of our society during the remainder of that century and continue to affect and afflict us today.

The change specific to medicine began quietly in the fifties as science received increasing financial support from the National Institutes of Health and similar agencies and more medical and graduate students were educated in science.
The larger and noisier change was the social upheaval of the sixties. Medicine could not escape this social change and, in fact, was one of the more anachronistic parts of our society. It resisted some of the social changes while welcoming many of the technological improvements, not recognizing that the latter would inevitably carry the former with them. We welcomed, appropriately, the technology that would help our patients but were on the wrong side of history with respect to the cost and dissemination of medical care.

The turbulence caught the physician and the medical establishment off balance and kept them that way for several decades. The alterations in the reimbursement system brought about by Medicare and Medicaid and the growth of the health insurance industry created bureaucracies that regarded both patients and physicians as customers. Medevac pilots from the Viet Nam war began to provide medical helicopter services; medical corpsmen from the military became physician assistants; nurses became nurse practitioners; paramedics were trained as first responders. Over time, the character of emergency response and primary care were altered permanently. All of this was good for patient care and much of it resisted by organized medicine.

Technological change was disruptive in most areas of our society in the second half of the twentieth century and continues to be so. The scope and pace of diagnosis were broadened and accelerated by the appearance of autoanalyzers, ultrasonography, computerized tomography, magnetic resonance imaging, and positron emission scanning, among others. The major revolution was the introduction of the microchip and digital computing.

The adoption of good business practices in institutions that delivered medical care in the late sixties was overdue. Many of the institutions had begun as religion-affiliated charity hospitals and were in need of administrators trained in business. These new people helped control costs of medical care, but could not stop the growth of costs associated with technological improvements and the care of medically indigent patients. The solution for the creeping increase in the cost of medical care from 10% toward 12% of the Gross Domestic Product in the eighties was the entry of corporate business into medicine. Unfortunately, it behaved as large corporations do and the creation of large, for-profit, health care delivery organizations altered the dynamic of medical care enormously, disruptively, and irreversibly. Although technology and paramedical personnel had changed the dynamic of medical care, it remained patient-centered. When patients became simply items of work product, medicine lost its soul.

In January 2014, I published an article entitled Fall from Grace in The Pharos, a medical literary magazine. It is published by Alpha Omega Alpha, the medical honor society, and reaches a modest but influential readership of physicians. It dealt with the diminution of the role of the physician in society and in medicine itself over the past half-century and the reasons for it. The large response from readers of the article was both surprising and emotional. Physicians usually are not given to expressing their emotions publically. Essentially everyone agreed with the thesis yet was perplexed as to exactly how this could have happened to a group of people normally quite observant and alert. There was a strong expression of impotent rage by these responders over the demise of the personal physician who was concerned for patients’ welfare and his replacement by the health care team employed by a corporation. This anger was exceeded only by the angst of those same writers who realized that we had done much of this to ourselves. We had not paid attention to the demands and requirements of a society enmeshed in significant change and, like the privileged in the Middle Ages, had drawn up the drawbridge and waited for the revolution to pass. It never did. It came and stayed and we then were powerless to alter it.

I agree that we have lost something very important. But it is not simply the intangible of the physician-patient relationship. I believe that we have arrived at the end of an era that has lasted for centuries or, perhaps, millennia. The era was that of the shaman, the healer who, over time, became the physician. This was the person who offered advice and counsel to the afflicted, consolation when he could not cure, and cure or prevention of disease when possible. The physician was the scientist-humanist who brought the knowledge of science, the pragmatism of the doer, and an understanding of human nature to the bedside to create the art of healing. This was the historic role of the shaman and the reason why this person was respected in all societies. The presence of the physician at the bedside brought with it courage and hope to the patient. The patient had an ally, a friend, a protector, a confidant, and no longer was alone with his or her disease. This most human of interactions now has been lost. The true shame of it is that we, as physicians, have failed because we were unable to retain the best of what we brought to the bedside and meld it with the best of our new technology. That combination would have been the acme of centuries of development of medicine. Medicine could have flowered into an art that embraced the best of science while retaining the intimacy of the experience of one human helping another. Unfortunately, that was not to be.

the changes being brought to the health care system. I think we really did not understand the magnitude of what was about to happen.

Perhaps those of us from the past fifty years are looked upon in the same way we looked upon the family doctor of an earlier era. He was beloved, honored, respected, and he gave of his time and energy unsparingly. But he did not cure as many people as we did. Those who have come after us are just as intelligent and competent but have more knowledge and tools and will cure more people than we did. Patients, arguably, are much better off as far as diagnosis and management are concerned. But how does one measure the value of an intangible that now is missing?

Fall from Grace is a candid, personal history of an academic physician and biotechnology executive that reflects on medicine as it was in the mid-twentieth century and chronicles the changes in society and medicine during the second half of that century. The book investigates the social revolution of those times; the scientific and technological advances that occurred; the influence of the computer and the digital revolution; the entry of corporate management into health care; and the effects of the profit motive on the care of patients. All of these have had enormous influence on the role of the physician in health care. The inadequacies, over the years, of the fee-for-service system and the consequent governmental involvement in reimbursement systems are discussed and compared with other health care payment systems around the world. The net effect of these various forces has been to benefit patients through greatly improved technology yet has caused medicine to evolve from an art form focused on personal care to a more technical exercise largely controlled by fiscal considerations. These changes also refashioned the role of the physician from healer and counselor into manager of an impersonal health care team. The book provides a view of the current state of medicine, patients, and physicians and a perspective on the future.

J. Joseph Marr, MD, graduated from the Johns Hopkins University School of Medicine. The first half of his career was in academic medicine where he held positions of Professor of Medicine, Microbiology, and Biochemistry. He then was an executive at pharmaceutical and biotechnology companies and with an international venture capital firm. He lives near Denver, CO.