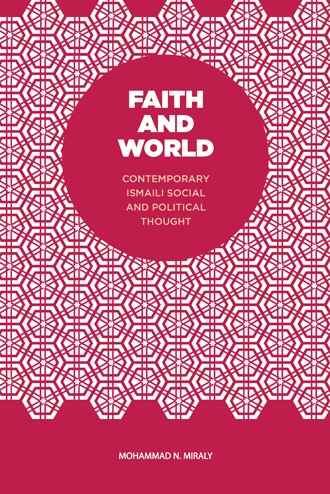 The world was entranced in 1957 when a young Harvard undergraduate became Aga Khan IV, inheriting his grandfather’s spiritual obligations to millions of Ismailis worldwide – in addition to his numerous sports cars, private yacht and plane, Swiss chalet, Riviera chateau, Parisian mansion, and so many valuable racehorses. Contrasting the image of the studious Harvard senior that adorned the cover of Life magazine in 1958, the young Aga’s public image – whether rightly or not – quickly became that of a gallivanting prince with a taste for fast horses, cars, and women, and as someone who could afford all three. Though he claimed no penchant for nightlife and was seen to be linked with only one woman at a time – asserting ‘I am not a social butterfly or a salon lion’[1] – the jet-set lifestyle of Aga Khan IV in the second half of the twentieth century became the stuff of popular legend. His name conjured images of fantastic wealth and opulent orientalist lifestyles and was repeated not only in tabloids and weeklies like Paris Match – where he made regular appearances – but across the spectrum of popular culture. In Ian Fleming’s 1963 novel, On Her Majesty’s Secret Service, James Bond is informed that ‘Everybody who is anybody’ is present at a particular ski lodge: ‘We have quite taken the international set away from Gstaad and St. Moritz […] Why, we only need the Aga Khan…and we would have everybody, but everybody!’ Peter Sarstedt warbles in his 1969 song ‘Where Do You Go To (My Lovely)?’ to a girl that her clothes are made by Balmain and she summers in Juan-les-Pines and ‘Your name is heard in high places/ You know the Aga Khan/ He sent you a racehorse for Christmas,’ referencing the Aga Khan’s renown as a racehorse breeder. As well, any mention of Sardinia warrants mention of the Aga Khan, as attests Michael Dibdin’s 1990 novel, Vendetta: ‘By “Sardinia”, of course, one meant the Costa Smeralda on the northern coast of the island, which the Aga Khan had bought for a pittance from the local peasant farmers and turned into a holiday paradise for the super-wealthy.’ At the same time, however, there was little exposure in the European media of the 1960s and ‘70s about the actual function of the Aga Khan as the 49th Imam of the Ismailis. Partly, this was due to the mixed feelings of an essentially Christian society – used to seeing men of wealth as frivolous and men of religion as divorced from everyday life – towards the Aga Khan, whom it perceived as a wealthy young man that seemed to combine in himself the roles of pontifex maximus, Head of State, racehorse owner, and real estate developer. For his own part, however, the Aga Khan understood the Islamic institution of the Imamate as one that combined the spheres of faith and world, realizing thereby the central Islamic ethic that humankind must work towards success in both the material and the spiritual realms. This ethic, he says, is the undergirding element of the Imam’s mandate to ensure the upliftment of his followers, which, in his opinion, is best achieved in modern times through institutional means. To this end, he established various institutions in the 1970s, such as the Aga Khan Development Network (AKDN) and the Institute of Ismaili Studies (IIS), to tend to the material and psychological needs of his community. On the one hand, the AKDN – one of the world’s largest private development networks – works to ensure that the countries in which Ismailis live have stable political, civic, educational, and health institutions. On the other hand, the IIS was established as an academic institution with a mandate to recover and analyse key historical Ismaili texts as well as to engage contemporary Muslim scholars and the contours of contemporary Muslim thought. The current Aga Khan, through his efforts to modernize both the lives and minds of contemporary Ismailis, is thus the driver of contemporary Ismailism. It is this ‘aga-khanienne’ project of modernization that we are delving into here. Specifically, we are attempting to explore the current Aga Khan’s intellectual engagement with modernity: his advocacy of liberal values like democracy, pluralism, and education, which he says are also essential Islamic ethics deriving from the Qur’an; and also the way in which he guides the contemporary Ismaili academic machine to develop an historical self-narrative that locates these contemporary liberal values in Ismaili history. Through the work of the IIS, the contemporary Ismaili tradition has developed an historical self-narrative that connects contemporary liberal values with certain Islamic values, which it says have guided the tradition since the time of the Qur’anic Revelation. In effect, this narrative creates a sense of continuity that provides the contemporary Ismaili tradition with a strong sense of historical and ethical identity, which, in turn, enables it to engage the modern world with an ethical framework that allows itself to be at once both liberal and Muslim, navigating smoothly the rocky confluence of old and new that is the hallmark of our times – captained throughout by its Imam, Aga Khan IV. ________________________________________ [1] Paul Evan Ress, ‘Prince Karim Aga Khan,’ Sports Illustrated (10 August 1964), http://sportsillustrated.cnn.com/vault/article/magazine/MAG1076226/index.htm. The article’s description reads: ‘A rare portrait of an intent young ruler who rejects the temptations of an idle life in order to carry on his dynasty’s sporting tradition. He runs a huge racing stable, is building a vast Mediterranean resort and skis with Olympic skill.’

The Ismailis are a transnational Muslim community headed by the 49th Ismaili Imam, Aga Khan IV, who views liberal pluralism as supporting the tenets of ethical Islamic living in the present day.

Contemporary Ismaili thought views the Ismaili tradition as connected to a historical past deriving from Qur’anic principles and the teachings of the Prophet Muhammad and his heirs, the Shi`a Imams. Thus, contemporary Ismailism’s focus on liberal values like democracy, pluralism, and education are seen as contemporary forms of eternal Qur’anic ethical principles.

The book furthers Western understanding of Islam, a key to overcoming misconceptions about the interconnected relationships between today’s converging civilizations.

Faith and World incorporates the following:

• a review of both popular and academic literature about the Aga Khan and the Ismailis;

• an exploration and explanation of the essentially Ismaili approach to Qur’anic exegesis;

• a survey of the work of the AKDN in Afghanistan, serving as the basis to explore the Aga Khan’s ethical impetus for the existence and work of the network;

• a look at the core liberal commitments that inform contemporary Ismaili thought, such as democracy, pluralism, and civic education; and

MOHAMMAD N. MIRALY is a Canadian scholar and art collector. He holds a PhD in Religion, Ethics, and Public Policy from McGill University. His research focuses on the relationships between religious ethics and contemporary liberal values.