Marie Anne Lajimoniere, the White Mother of the West 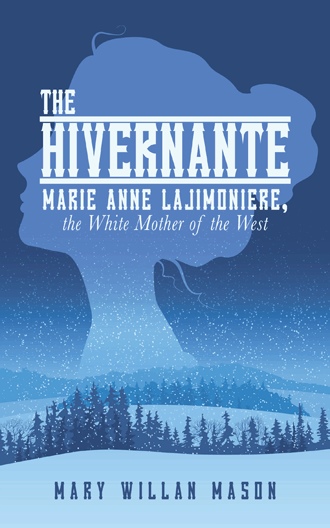 In the late 1700s in a village east of Trois-Rivieres, Lower Canada, young and high spirited Marie Anne Gaboury, born 1782, with no dowry, no marriage prospects, is despatched by her widowed mother to serve as assistant housekeeper in the priest’s home. On her way to what she sees as a lonely secluded life, she encounters sixteen-year-old Jean Baptiste Lajimoniere, eldest son of the area’s wealthiest farmer having a swim. She gets a hearty playful splash and arrives at the presbytery, bedraggled and miserable.

Eleven years later, Jean Baptiste comes home to farm after a few years of adventurous hunting out in what were known as the ‘western deserts’. Marie Anne’s sister contrives for the two to meet and she is entranced by his tales. They fall in love but two weeks after the wedding, Jean Baptiste decides he must return to the freedom of the west and take his adored bride with him, the first white woman to live as a semi-nomad on the prairies.

The first of her eight children is born in a buffalo hide tent on January the 6th, 1807, the second prematurely on the open plains after a buffalo hunting mishap. A threat on her life, a brief kidnapping of her son, two offers to trade him for a horse, encounters with braves on the warpath, Jean’s imprisonment in the midst of the fur wars, Marie Anne faces one crisis after another with courage and fortitude.

The Hivernante shares the fascinating tale of the first white mother of the west and grandmother of the patriot, Louis Riel. Through hair-raising adventures, hope, faith and love of the land, Marie Anne and Jean Baptiste realize their dreams.

Mary Willan Mason graduated from University College, University of Toronto. A journalist, art music and drama critic, editor and director of a non-profit arts federation, she is the author of two published works, one of which won two awards. She is the mother of one son, has two grandchildren and lives in Toronto.