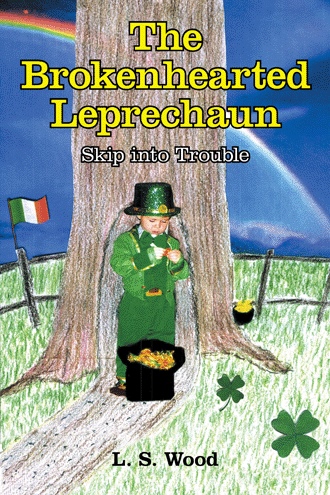 Skip only receives a portion of his leprechaun powers when he turns sixteen, but that doesn’t stop him from sneaking out of his grandparents’ tree home on an important quest.

A few years earlier, his parents had disappeared, and he has wondered where they’ve gone ever since--so he strikes out to find them. But things take a disastrous turn when he drinks an evil brew at a pub in Dublin Town.

He gets drunk and passes out in a travel trunk of a man sailing to America in search of a new beginning, and he becomes a stowaway.

His tomfoolery aboard the ship, however, almost costs him and others their lives, but he remains determined to find his missing parents. When he finds out they’re being held prisoner by an evil man running a traveling medicine show, he must find a way to free them.

To do that, he’ll need his full leprechaun powers and perhaps even the help of two mortals--a leprechaun’s sworn enemy. He’ll also need plenty of Irish luck to make it back home alive with his parents.