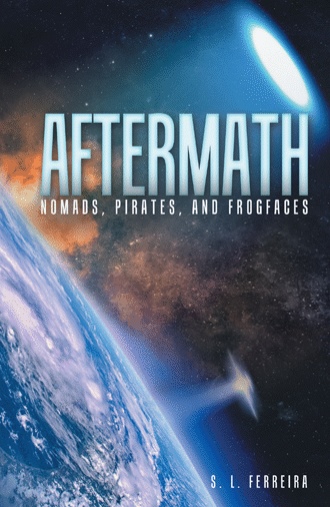 It has been two years since the earth was invaded by the aliens that humans refer to as frogfaces. The majority of the human race has either been killed or abducted, and those who remain wander with little direction or hope, forming nomadic groups who stay on the run to keep themselves out of the hands of the invaders.

Albert is a former biology teacher who does his best to keep his friends fed, sheltered, and safe not only from the aliens but also from lawless gangs of nomads who call themselves pirates and who raid other human survivors. When his small band is saved from pirates by another collection of survivors, however, it soon becomes clear that change is in the air. The new group is large, and their leader, Julia, is working to make life better for humanity. But what are they really after—and what is it that the frogfaces ultimately want from earth? Only time will tell whether there is any hope left for humankind.

In this science fiction novel, survivors of an alien invasion of earth must work together in an attempt to save the human race from extinction.

S. L. Ferreira was born in 1965 and currently lives in Itajaí, Santa Catarina, Brazil. This is his first novel.