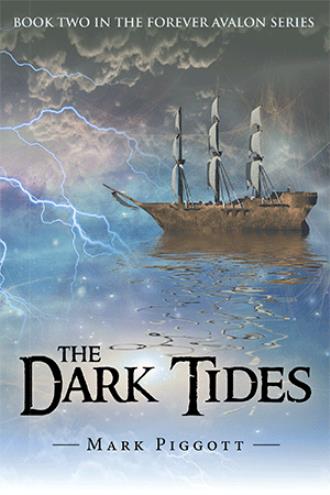 Hundreds of miles away from the shores of Avalon, a lone peak rose amidst a dense dark forest. Idlehorn Mountain was known by all to be the home of the Goblin King, P’tah Mnenock, who ruled over Idlehorn and Blackbriar Forest, more so now since the death of Lord Kraven Darkholm.

The goblins served loyally under the heel of the dark wizard, doing his bidding without question and without mercy. Lord Darkholm told the Goblin King that when he ruled Avalon, the goblins would be there with him. Th at ended when the Gil-Gamesh killed Lord Darkholm in a duel to the death and the Goblin King and his army were soundly defeated by Lord Baldrid and the Elves of Alfheimer.

Now, deep within the caverns of Idlehorn Mountain, King Mnenock sat quietly on his throne of iron and stone. His body was twisted and scarred, racked by the pain of defeat. His goblins had lain quiet since their thrashing ten years ago. Some said he was scared of antagonizing the Gil-Gamesh into another conflict while others thought he was merely biding his time.

The fact is the Goblin King was lost without the guidance of Lord Darkholm. Mnenock thought he was stronger and smarter than other goblins, but deep down, he was just like the rest of them. He was savage, cunning and ruthless but without the mental faculties to lead. The dark wizard may have ruled the goblins with an iron fist, but he gave them purpose and direction. Without it, they were as helpless as animals in the forest, scrounging out an existence.

“Why do you cower in the darkness King Mnenock?” a cryptic voice echoed around the chamber. “Why are the goblins hiding in the shadows like frightened children?”

“Who dares speak to the Goblin King in such a manner? Show yourself!” Mnenock growled. From behind the throne, he spied a figure stepping out of the shadows, cloaked in tattered robes, their face hidden from his view.

Goblins rushed to aide their King, but the stranger was ready for their attack. From inside its robe, Mnenock watched as the stranger pulled out a small orb that shimmered with magical energy. With the wave of its hand, the goblins were flung aside like rag dolls. As more stepped up to protect the Goblin King, Mnenock held up his hand for them to stop. He would not sacrifice anymore of his goblins to this stranger.

“And who are you?” Mnenock asked.

“One who can bring you out of the shadows to spread the ‘Dark Tides’ across Avalon,” the stranger boasted.

“The Dark Tides? Now that is something I haven’t heard in over a millennium,” the Goblin King surmised. “What exactly do you want with me and my goblins?”

“And will come a day, some fifty score seven;

“When an Outlander will return to fated Avalon;

“And the seas will run black and the moon will fall;

“Heralding the Dark Tides and with it, death to us all.”

Mnenock snickered, drinking his wine while ignoring the stranger’s feeble attempt to sway him. “That prophecy is meaningless, nothing more than an old wives’ tale!”

The stranger explained that the prophecy was coming to fruition as the daughter of the Gil-Gamesh had returned to Avalon from the outside world and the time was now.

“Oh I dare!” the stranger countered, pulling down the hood to reveal herself. She was once a beautiful woman with long black hair and ruby red lips, but now a shadow of her former self, sullen and forlorn.

Lady Heather Thurgoode, once the personal attendant to Queen Cadhla Pendragon of Avalon, was an integral part of Lord Darkholm’s failed plot to take the throne. She was supposed to die by the executioner’s axe, but Cadhla took pity and spared her life, imprisoning Heather in Devil’s Point Prison instead. That was the first and last mistake the Queen made.

“Lady Heather, you look well for a dead woman,” the Goblin King hissed.

“What if you could use the daughter of the Gil-Gamesh to bring forth the Dark Tides, and with it, resurrect the most powerful sorceress in all of Avalon?” she goaded. “Is it worth the risk then Goblin King? Is it worth it to bring back the sorceress Morgana le Fay?”

The Drake family family has known more than its share of tragedy at sea. After the devastating and mysterious loss of their patriarch, Bryan, to a strange storm, his grieving wife and children sail to his last known location to lay a wreath in his honor. They are caught in a storm freakishly similar to the one that took Bryan from them. A funeral becomes a joyous reunion, as they find him alive and well but equally stranded on the mysterious island of Avalon, where the descendents of King Arthur rule a world filled with knights, elves, dwarves … and magic! Lord Bryan MoonDrake—as he is now known—has attained the rank of the Gil-Gamesh, protector of the realm. He helps his wife and two of his children build new lives in a medieval society. His daughter Ashley has returned to Avalon with wonderful news. Bryan sees an opportunity to bring his family back together at last, so they plan a grand Avalonian wedding for Ashley and her true love, Andrew. But all is not well in the kingdom. Dark forces arise to fulfill a prophecy to resurrect Morgana le Fay, the most powerful sorceress in the history of Avalon. If successful, she will unleash the Dark Tides to destroy the line of Pendragon once and for all. To save his family, his new home, and his king, can the Gil-Gamesh overcome incredible odds and powers beyond his comprehension to rid Avalon of Morgana’s evil forever?

Mark Piggott, a native of Phillipsburg, N.J., enlisted in the U.S. Navy in 1983, beginning a 23-year career. He served on three aircraft carriers and various duty stations as a Navy Journalist before he attained the rank of Chief Journalist. He retired from active duty in 2006. His first novel, Forever Avalon, was published in 2009. He and his wife, Georgiene, live in Alexandria, Virginia. They have three children.