Where It All Began, Part One 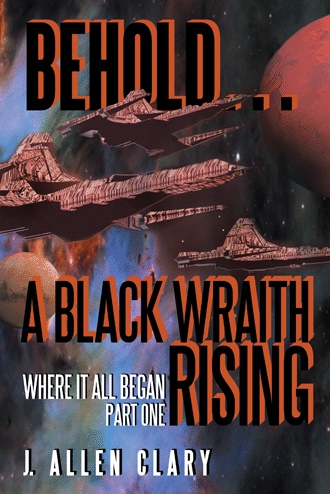 “Your Highness, the King and Prince Dorian have been murdered. You must come with us so we may better protect you!”

Oh wow! The flood of relief pouring through him was incredible! Tears started rolling down Prince Kadan’s face, but not from grief. They were tears of relief. But his mother and the honor guard misunderstood those tears. They were under the impression kadan’s tears were because of his father and his brother’s death.

The Honor Guard moved Prince Kadan and his mother into the secret chambers below the palace floor, where they were to stay until the palace grounds were secure. Prince Kadan had a really hard time looking at his mother because he feared his expression might give away his secret….It was a very uncomfortable twenty minutes for Prince Kadan…sitting there watching his mother cry over the loss of her husband and her oldest son. ‘Ah, but the power I possess now!’ And then he noticed the blood he didn’t wash off his hands.

By the next day, everyone knew House Hamrendon had suffered a major loss. The news that both King Gladden and Prince Dorian had been murdered during a celebration brought mixed emotions to the table. Some were secretly elated about the news, while others were saddened by the passing of one, whom they thought, was a great king. After all, King Gladden did bring us back from the edge of oblivion! The forces in all three districts were now on full alert, expecting an attack by the Appedian Alliance. At least this is what the House Hamrendon commanders were thinking!

The rumor had it the Appedian Alliance staged a triple assassination sortie in an attempt to take control of the Gladden Empire. But they failed in their efforts when they couldn’t locate, and kill Prince Kadan as well. Now, the entire gladden empire was up in arms despite the fact the majority of the people in the so-called empire hated king gladden. It wasn’t the fact the king and 1st son were laid low. That wasn’t the reason for the stir up. It was the sinister way in which it was carried out, against their leaders, regardless of who they are! That’s what had the three districts up in arms!

The newly crowned King Kadan Gladden was sitting back, watching as things started unfolding in his favor. ‘How do I go about firing up the populace for a war against the Appedian Alliance? ’ He wondered about that. Heh, heh, heh, now he no longer had to worry about that. All he had to do now was sit back and let the rumors do the work for him.

The Star Strikers are almost twice the size of the Battle Blazers and have over twice the fire power. The Star Strikers also had a new weapon, a weapon capable of destroying a Battle Blazer with one shot. It’s called a Pulse Blaster. This weapon is also capable of hitting ground targets from orbit, and The Appedian Alliance had twenty of these Star Strikers. This was something house hamrendon had no idea existed. The Appedian Alliance was confident enough to believe they held a decisive advantage over their enemy, so let them try something! They are also learning the value of secrecy!

“Although we never saw eye to eye on anything, this treachery behind their deaths should never be wished upon anyone, under any circumstances. I know we didn’t do it. That’s not the way we do things. But I do hope that one day you will find out who did, and take the appropriate actions!”

King Kadan responded by blasting the Appedian Alliance leaders for their treacherous attack on the king, and the first prince of House Hamrendon. All during his tirade, Kadan was laughing inside knowing the fact the Alliance had nothing to do with the killings! The conference went on for another hour until King Kadan shut off the video comm line, ending the video conference. Now there was no turning back. What was said in the conference was rebroadcast to every kabo in the empire. The people of the three Gladden territories were outraged at the denials of wrong doing the Appedian Alliance leaders kept repeating to King Kadan.

The knife sharpening has finally come to an end! It is time to gear up and prepare for war. Batten down the hatches P Dunks because it’s going to get rough! At least this is what the people of the Gladden Empire were thinking. Since the assassinations, the people of the three districts were shouting out for all to hear…We are House Hamrendon! The march to death and glory was about to begin.

After the Jadra Warriors defeat their enemies on Jadus II, the planet Jadus I is stricken by thirty deadly years of civil war, destroying millennia of culture and advancements, and reducing the population from billions to just millions of half-starved inhabitants. When the fighting finally fades, the planet’s population struggles to rise from the ashes of destruction, rebuilding itself and its civilization over the course of another fifty years. Whole once again, Jadus I is a force to be reckoned with, a power unmatched across seven galaxies.

The people of Jadus II, however, have not forgotten the destruction they endured at the hands of Jadus I. Prime Chancellor Samin Bladen of Jadus II, a greedy and sadistic ruler, initiates a new war of conquest. When Prince Kadan Gladden of Jadus I follows in Bladen’s footsteps, however, Kadan inspires the rise of the most powerful enemy the worlds of the seven galaxies have ever faced: the Black Wraith Empire, a force that threatens the freedom and lives of billions. Although the Freedom Alliance forms to fight back, the only real hope may rest in the hands of a group of space pirates.

In this science fiction saga, the first in a series, the power of an evil empire grows as a group of unlikely allies struggle against that evil might.

J. Allen Clary currently writes full-time; he has written nineteen books in a little over three years. The parents of two adult sons, he and his wife of thirty-three years live in Pueblo West, Colorado.