Heroes to the End 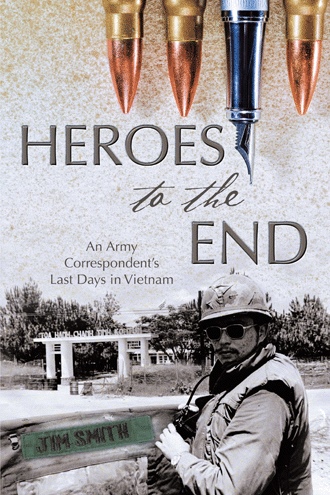 “We were on a dustoff [rescue] mission about 20 miles northeast of Kontum, about 15 clicks due east of Tan Canh,” said Spec. 5 Calvin (Hillbilly) Warren, 24, of Brinkley, Ark. “We were to pick up these five wounded and four dead ARVNs. We couldn’t fire as we went in because the ARVNs were carrying the wounded to the LZ [landing zone] from all sides. We finally got down, made the pickup, took off and then made a hard left bank and a hard right.”

The Huey took a B-40 rocket in its tail rotor and small arms fire in its engine. Warren was thrown out of the chopper, which crashed in three pieces. “We lost the engine before we hit the ground,” he said. He fell unconscious in tall grass on a hillside. “When I woke up,” he said, “the bird was about 40 yards away, and here I was with my arm hanging over the main rotor blade. It had to be an act of God that it wasn’t cut off.” One of the wounded ARVNs wasn’t so lucky. He was decapitated by the blade.

Jim Smith might be one of the few people that tried extending his tour in Vietnam and was actually forced to leave. As a correspondent for Stars and Stripes, the Defense Department’s daily newspaper, he saw every major city in Vietnam from the Delta to the Demilitarized Zone from 1971 to 1972. Drawing on dozens of his stories that were published and dozens that were not, he looks back at the war through the eyes of a 23-year-old who was technically a specialist fourth class in the Army but who acted like a civilian, sporting long hair and wearing safari suits with no rank insignia. He laughed at Bob Hope’s jokes, took cover during rocket attacks, pulled guard duty at night in the jungle, got in trouble with the brass, and was caught up in the adrenaline rush of war. Whether it was observing training of South Vietnamese troops by U.S. advisers, watching massive U.S. firepower take out enemy targets or reporting on other efforts to repel the North Vietnamese Easter Offensive, he was there to witness the events. With the keen observations of a young combat reporter, he reveals many acts of bravery and courage in Heroes to the End. Jim Smith, a graduate of Hofstra University, spent 1971-72 in Vietnam as a clerk and Army correspondent for the Stars and Stripes. He was a Newsday reporter and editor from 1966 to 2014, and is a veterans advocate and board member of United Veterans Beacon House. He lives in Williston Park, Long Island.

Jim Smith, a graduate of Hofstra University, spent 1971-72 in Vietnam as a clerk and Army correspondent for the Stars and Stripes. He was a Newsday reporter and editor from 1966 to 2014, and is a veterans advocate and board member of United Veterans Beacon House. He lives in Williston Park, Long Island.