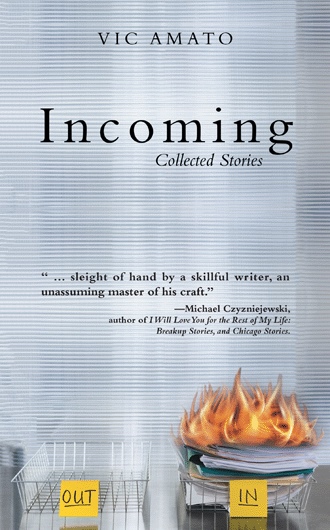 At the end of a wooded track down by the Olentangy north of town, the old-style white Beetle rocked gently in rhythm with Diana’s breasts. Light summer breezed in through the window, and a redwing sang from the cattails. I slouched down in the middle of the backseat, and she sat astride; we had found the best way in cramped quarters. It was an afternoon delight by the deserted riverbank after our Wednesday-morning classes. The memory runs, again and again, in a continuous loop.

I should think about something else tonight at the beginning of the new millennium. That was 1970—so long ago it just isn’t funny.

“You have the tickets?” Beth, my wife, asked half an hour ago as she quickly pulled her pajama top down over her head. She was sitting on her side of the bed, facing her dresser. As I stood in the doorway, there was a strong, messy odor of night cream or whatever she put on before bed.

“No, they are e-tickets. We pick them up at the airport.” (You couldn’t print them then.) She was letting me know this was my trip and that she was going reluctantly, so I reminded her, “You know, we agreed to go right after this case was settled. If you didn’t want to go, you should have said so.”

“Of course I want to go, but it just disrupts my whole life. I had the museum friends meeting, I had to get a sub for bridge, and I had to reschedule the carpet cleaning. Then I had drop out of the hospital tennis house party, and I had other plans, too.” She paused and touched her alarm clock to see that it was set.

“The banks are closed on Sunday, ” she continued, “so you’ll have to get the traveler’s checks early Monday.”

“I got them already. Everything is set.” I said goodnight and went downstairs. After nearly thirty years of marriage, she thinks I don’t know what she’s doing. Or she doesn’t care if I know, as long as I go back downstairs and let her read her book.

“There’s that bum, right where he always is.” Dan pointed out the panhandler to Karen, his wife, as they walked past the beggar’s corner situation in lower Manhattan. He had noticed him twice before on business trips to the city.

“Don’t call him that,” Karen said. “He might hear you. Nobody should be a bum. If you have to call him anything, call him a mendicant.” She paused, as they had to make way for a woman in a big coat carrying two shopping bags and a big purse. “This is New York; you can upgrade him.”

Vic Amato explores the nature of humanity through stories that are extraordinary, inspiring and even ridiculous.

In “Death by Peanut Butter,” you’ll meet Twain, a mentally challenged man with a large stock of fluffy white hair who stuffs his mouth and makes a break for it.

Tourist Dan in “Manhattan Mendicant” encounters a downtown panhandler and resents him for being able to live in NYC. But when Dan sees the World Trade Center fall on TV, he can think only of the beggar.

“Camille”, a fun-loving artist, holds back information and her true feelings. On a hot night, it all comes down on her boyfriend out on the front porch.

Enter a world filled with meaning and unforgettable characters with the sixteen stories of Incoming.

“Looking for the ideal compliment for a summer sandwich at the beach? Some say tomato, I say Amato.”

— Jim Bloch, author of The Slurpents./

Vic Amato holds a PhD in political science/public administration from Wayne State University, Detroit. He is a former journalist, mental health services administrator, and college instructor, and he served with the Third Infantry Division. He and his wife, Susan, live in Port Huron, Michigan.