to an American Dream 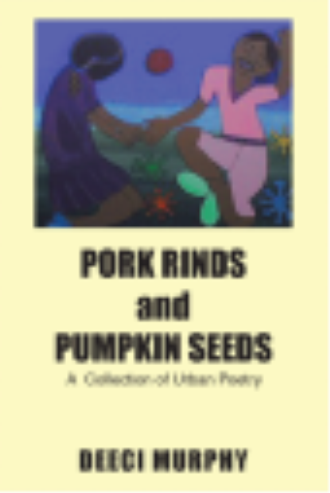 Every day my five-foot tall skinny grandmother, widowed twice, walked several miles to poultry farms to buy a few dozen selected eggs and sell them to stall vendors in the wet market for a small profit. She was able to raise her family of five and even set aside hardearned pesos. Still, she could send only one child to school. She chose my mother, her youngest and her brightest. Mom became a teacher. During the Japanese occupation, she even learned Niponggo and helped steer many of her town mates in Rosario, Batangas to safety. The war brought her a husband, too, a handsome Army private stationed there. When WWII ended, Dad took her to the city of Manila. Because she had a deaf brother, she was happy she found work teaching the deaf.


Soon a daughter came, and then another, and yet another…until we were five daughters in all! Dad reveled in his girls’ attention, always telling us exciting stories about his fighting alongside Americans. I claimed the warmth of his lap and gave free rein to my imagination about this magical land from where these good soldiers came. My fascination for America was born.


My parents built a small shack with wooden slats for a floor and a patchwork of galvanized iron sheets for a roof on a tiny parcel of land they rented in the city. It was beside a murky and foul-smelling creek. I fell into this polluted body of water once as I reached for the manzanitas on a tree that grew right at its edge. A tropical hurricane usually raised the water to waist level, and once we lost our roof to the gusty winds. Most of the time, it was heavenly home.


Tragedy struck when my father was found floating in Manila Bay, hands and legs tied. Like many others in a poor country, his case has not been solved. Mom worked hard, finished her graduate degrees, and became Principal of the government’s School for the Deaf and the Blind. She was even sent on a year-long government-sponsored scholarship to the Central Institute for the Deaf in the United States to learn how to teach the deaf to speak.


Her letters came with dried yellow, pink, and purple flowers of spring. Other times they came with dried yellow, orange, and red leaves of fall. If she could, she would undoubtedly have sent snow! That was when my fascination turned into an itch. I knew then that I was destined to be in America. But I had to wait. And I waited a long time. Mom dreamed and dared; she became my idol. Every day I had to walk two miles to a free public elementary school, but I studied hard and graduated at the top of my class. When the American School in the Philippines conducted nationwide exams in search of ten scholars for junior and senior high school, I was one of those chosen. My itch for America turned into love.


When I graduated as salutatorian, the guidance counselor talked to Mom about having me continue my studies in the United States. Mom said we could not afford the living expenses, even with a scholarship. Hugely disappointed, I accepted a government scholarship at the University of the Philippines instead. It was my first chance to go to America, and I lost it.


When I graduated from college, I was led to US multinationals that invested in my training in the field of computers. As I climbed the corporate ladder, a thought smoldered in my mind. If I earned dollars, my hard work would be paid ten times more! In 1986 when the People Power revolution toppled Marcos, the economy went into a downward spin. I escaped to America.


With the help of their caretaker, my three young children wrote and pleaded that I go home. Besides, my boss at the multinational called and said that my old job was still waiting for me. With the ascendancy of Cory Aquino, the widow of Ninoy Aquino, as the archrival of Marcos, Philippine economy returned to normal. Chance number two got frittered away.


My career blossomed, and I put my dream on hold. After all, I was already earning enough to lead a comfortable life. But providing for the home and ensuring my children’s future came at a hefty price. It meant working hard, pursuing graduate degrees, and being active in professional organizations—things I deemed necessary to stay on top.


This preoccupation combined with my husband’s failed experiments with business spelled doom for our marriage. We separated. A long fifteen years after, my request for annulment was granted. I plunged into my career without looking back. On the personal front, I looked around but all I could find were confirmed bachelors, philandering husbands, and young hopefuls.


As a working single parent to three daughters, I was completely burned out by the time I turned fifty. My thoughts for early retirement grew. I had to get out of the fast lane. Right on cue, the ghost of my American dream reappeared. It was different though, no longer to make a fortune, but to find a new lifestyle, the exact opposite of the one I had been trying to prop up. I wanted time to cook a little, teach a little, travel a little, write a little, and love a little. The Philippines was not the place where that last one could happen. At my age, all the good ones were taken.


After twenty-one years of being single, it took a family crisis to make me take action. In 2002 a sister was diagnosed with Stage 3 breast cancer. She fought it with all her might, choosing to live in the refreshing mountains with everything natural, but the cancer could not be stopped. She had long been estranged from her husband and, just in the previous year, her only child had died from complications of a malignant brain tumor. She spent most of her last months with me and my family. It was painful; I did not want to die like her, all alone.


At the same time that she was fighting cancer, I was up to my ears in things to do. I was completing my doctorate, launching the e-procurement hub of the Philippines, helping pro bono with the automation of Philippine elections, and founding a new IT association. Weighing only 101 pounds after digestive problems borne out of stress, I retreated to North America. My eldest Trisha, with her husband and two children, was in Seattle, Washington, United States working with a major bank. Claudine, my second, with her husband and a son, was in Calgary, Alberta, Canada working in the petroleum human resources policy council. My youngest April, still single then, was in the Philippines with an information technology consulting Firm. I reasoned that it was time for me to dream and dare, to be a Mrs. Happy in America!

In a little over four years, author Carolina Esguerra Colborn and her husband traveled almost a hundred thousand miles to forty-nine American states, nine Canadian provinces, and six Mexican states. In Carolina: Cruising to an American Dream, she offers fascinating facts about irresistible places, surprising insights about unique encounters, and useful guides borne out of their experience.

A former jet-setting Filipina executive, Carolina also shares her American dream, a story of retirement, immigration, and love. At fifty-five, she immigrated to the United States and four years later became a new bride to an American businessman. Together, they’ve created an extensive travel bucket list, crisscrossed North America four times, and blogged about a cruising lifestyle.

Carolina: Cruising to an American Dream tells how Carolina discovered America from within the cozy confines of an RV with lessons that came as fast as scenes changed. She not only learned to be a wife without losing her identity, but also to be an American without losing her roots. But, most of all, she learned about the beauty of America and her people, past, present, and future.

Carolina Esguerra Colborn earned her MBA from the University of the Philippines and is a former CEO of Philippine IT pioneers. She came to the United States, taught in colleges, married, and cruised North America in an RV. She and her husband now stay in Phoenix between trips abroad. She maintains the travel blog rvcruisinglifestyle.blogspot.com.