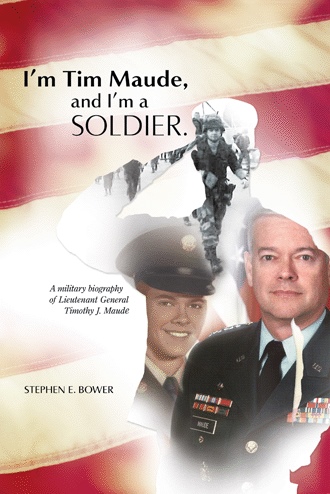 Omitted from most biographical sketches were the two years from 1982 to 1984 when Tim Maude served as the Assistant Executive to the Army Deputy Chief of Staff for Personnel, Lieutenant General Maxwell R. Thurman. Those two years may have been the most formative of Maude’s entire career. Defining moments in one’s life are always subject to debate, but that time arguably came for Tim Maude when he served on Thurman’s staff. Thurman is best remembered as commander of Southern Command and the architect of “Operation Just Cause,” the 1989 U.S. invasion into Panama to depose Panamanian dictator Manuel Noriega.

Prior to Just Cause, Thurman had served as Vice Chief of Staff of the Army and later as Commanding General of the Army’s Training and Doctrine Command (TRADOC). Thurman had no equal as a workaholic in a workaholic culture. As a bachelor he was unencumbered with family responsibilities, and he seemed to have no other interests outside of soldiering. Thurman, as many of his peers would attest, had literally married the Army very early in his career. For the people who worked for him, Thurman was an extremely intelligent and demanding task master who never tired of his work and whose office literally became his home. As a respected and revered leader of soldiers, Thurman had become an Army legend long before his career had ended.

Tim’s immediate supervisor was Colonel Bill Reno, General Thurman’s Executive, who one day would follow Thurman into the DCSPER job and find himself formulating wartime personnel policy during Operations Desert Shield and Storm in 1990 and 1991. Sitting close by in another office was Major General Norman H. Schwarzkopf, who, for a time, served as Thurman’s Assistant Deputy Chief of Staff for Personnel (ADCSPER). As the ADCSPER, Schwarzkopf became Tim Maude’s “senior rater.” “Stormin’ Norman,” of course, would later command coalition forces during America’s first war in Iraq at the very time Reno served as the DCSPER. . . . It was no small accomplishment, recalls Lieutenant General Ted Stroup, another Thurman protégé, to become a member of the “Thurman Team.” Max Thurman, says Stroup, took his responsibilities as leader and mentor very seriously, handpicking and developing young officers who demonstrated great potential for military leadership.

Lt. Gen. Tim Maude shares the distinction of being the highest ranking American soldier to lose his life in military action.

But unlike Lesley J. McNair and Simon B. Buckner Jr., both lieutenant generals who died during World War II, the battle he died in was not one he expected.

On Sept. 11, 2001, terrorists commandeered an American Airlines flight out of Dulles International Airport and crashed it into the southwest wall of the Pentagon, killing Maude and more than a hundred other military and civilian workers. Scores of other people were injured when the airliner ripped through the building at 530 miles per hour.

At the time of his death, Maude served as the deputy chief of staff for personnel, the Army’s chief executor of personnel policy and manager of the various programs affecting the strength and moral well-being of America’s land forces.

As one of only five members of the Army’s Adjutant General’s Corps to rise to the rank of lieutenant general, his story is one of triumph and celebration, and an abiding commitment to family, country, and service.

Stephen E. Bower has been a staff historian for the U.S. Army since 1982. He earned numerous degrees at Indiana University, including a Ph.D. in the History of Education. He is also the author of The American Army in the Heartland: A History of Fort Benjamin Harrison, Indiana, 1903-1995.